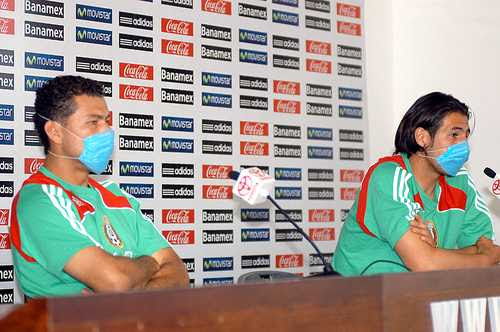 Newly appointed Mexico manager Javier Aguirre has called up Miguel Sabah to represent Mexico in next month's qualifiers. Sabah has been in stunning form for his new team Morelia notching 11 goals in 17 games so far. He has had a couple of good seasons with Cruz Azul under his belt but was always on the fringes of the Mexican national team. As a result, he was approached by representatives from the PFA in 2006 in an effort to secure qualification for the 2007 Asian Cup. He and another player, Omar 'El Turco' Zarif of Rosario Central, turned us down because they were unwilling to play for nothing, or next to nothing as many of the other players do.
Palestinians Abroad