May 09, 2010
After all the drama, it seems Bahrain is set to visit Palestine at the end of the month. The national team is to enter a training camp on May 17th in the Faisal Husseini Stadium in preparation for facing Bahrain on the 28th. This will be our second official friendly on home soil since hosting Jordan in 2008.

Bahrain and Palestine have met twice before, both times in Bahrain: 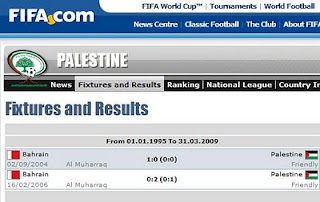 The squad list is not finalized, but will be similar to the one that played Dynamo Moscow with the addition of more foreign based players. Updates to follow...
Bahrain Friendly