June 03, 2010
We don't get too political here, but its hard to ignore. The theme of the week is Israel's PR disaster, or what we decent human beings would call: bloody murder. Feel free to browse the internet for examples of spin doctoring, and buffoonish Hasbara. There are decent Israeli's out there of course, some visit this blog, but we are witnessing the actions of a thug nation. A salute to the Turkish dead.
Now back to topic! Here are key players to watch in tomorrows match:
Ramzi Saleh 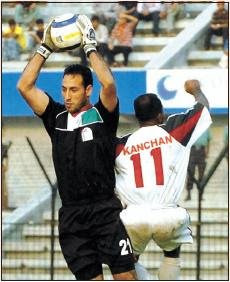 The veteran goalkeeper is back after a long absence due to his commitments with Ahli in Egypt, the coaching staff preferring to give him time away from the national team to settle with the club. His experience there was like a rollercoaster ride, going from bench to fan favorite and back to bench, leading him to the decision to leave this summer. With Palestine, he consistently performs, pulling off enormous saves much to the relief of the defence, and is likely to be given the captains armband. 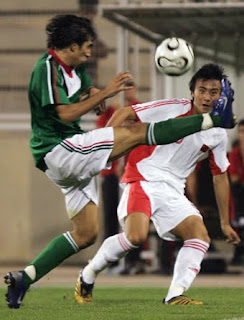 Majed provides necessary experience in the back line, stemming from his years in the Kuwaiti top flight. The right back, who reportedly speaks with a Kuwaiti accent, also is dangerous in attack with his precision long balls and powerful long range free kicks. His newly joined club, Tadamon, just got relegated and he is looking for a big summer move, most likely within Kuwait. 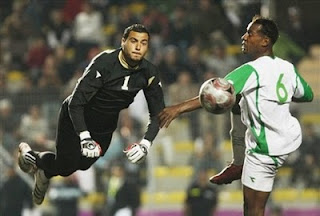 Along with club mate Ahmad Keshkesh, the defender is Palestine's most successful export this year, winning the Jordan Cup with Wehdat which has offered to re-sign them awaiting their return from Sudan. Bahdari is maturing into the key centre back role and for Palestine to have a good game, he must have a good game.

Mohammed Samara
The midfielder hasn't joined the camp yet due to passport difficulties, we'll wait to see if he makes it in time. His absence would definitely be felt as Palestine need someone in the playmaker role.
Fahd Attal 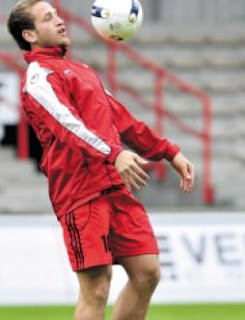 Though he isn't scoring like he used to, Attal provides Palestine with the necessary attacking flare. He isn't afraid to take on a player and creates scoring chances with his impressive work rate. He could be employed in a striker or winger role. 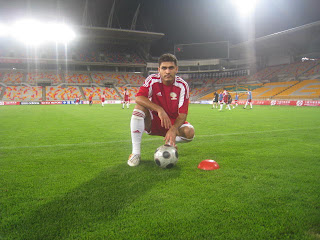 The striker was instrumental in Wehdat's Cup winning season. After head-injury fears resulting from a collision with a Ramtha player in the semi-final of the Jordan cup, he came back in the second leg bandaged, scored twice, and scored Wehdats winning goal against Al-Arabi in the final...ironically a header. Keshkesh has the honor of scoring Palestine's first goal on home soil and is looking to add more international goals to his tally.
Ahmed Keshkesh Fahd Attal Friendly Majed Abusidu Ramzi Saleh Sudan