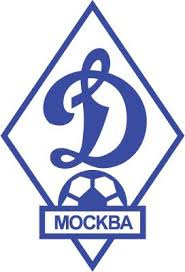 What: Unofficial Friendly
When: Ocotber 9th, 2010 (1200 GMT)
Where: Arena Khimki, Moscow
TV: Unknown (You might want to try Palestine TV, for internet streams rojadirecta.com)
Previous Results: 1-1 (January 2010)
This match doesn't mean a whole lot for either team. With just seven games to go Dynamo will be looking for one final push to clinch a Europa League place next year. For Palestine this is an opportunity to continue preparing for upcoming qualifying campaigns.
Squads: For Dynamo Moscow the international break means a couple of notable names will be missing: Luke Wilshire (Australia), Tomislav Dujmovic (Croatia), Alexandru Epureanu (Moldova), Vladimir Gabulov (Russia), and Dimitry Voronin (Ukraine) will not be available for this match.
Palestine will have a similar squad as the one they fielded for the WAFF tournament. Mousa Bezaz has elected not to call up Majed Abusidu and has failed in trying to get Arab Contractors to release Mohammed Samara (Clubs are only obliged to release their players on FIFA dates only for official friendlies). The additions to the squad are as follows:
Imad Zatara (Syrianska), Mohammed Shatrit (JA Drancy), Ra'fit Eyad (Jabal Al-Mokaber), Mohammed Nael (Jabal Al-Mokaber), Khaled Mahdi (Al-Am'ary), Atef Abu Bilal (Al-Dhahrieh), Ayman Alhendi (Shabab Al-Khaleel), Maay Kaware (Al-Am'ary) and strangely enough a fourth keeper Saed Abusleem of Shabab Balata.
Dynamo Moscow Friendly palestine