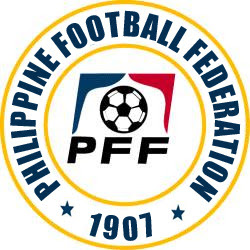 Game Information:
When: 23/03/2011 0900 GMT
Where: Thuwunna Stadium, Yangoon, Myanmar
Stream:http://livestreamstation.blogspot.com/p/spain-leage.html
FIFA Rank: 151 (27th in Asia)
Previous Encounters: None.
Recent Results:
12/02/2010 v. Singapore D 1-1
12/05/2010 v. Vietnam W 2-0
12/08/2010 v. Myanmar D 0-0
12/16/2010 v. Indonesia L 0-1
12/19/2010 v. Indonesia L 0-1
09/02/2011 v. Mongolia W 2-0
15/03/2011 @ Mongolia L 1-2
21/03/2011 v. Myanmar D 1-1
Background: The past five years have marked a rebirth of sorts for Filipino football. Coincidentally, the Philippines hit their lowest FIFA ranking (195, September 2006) at around the same time Palestine achieved their highest ever ranking (115, May 2006). Since declining to participate in 2006 World Cup qualifying the Philippines has made a commitment to developing the game at the grassroots by fostering a domestic league. The Azkals have never participated in the finals of the AFC Challenge Cup. Their best performance was during the 2008 qualifying tournament where they narrowly missed out on qualification to Tajikstan by virtue of goal difference. The Azkals, however, have recently put together a string of impressive results against stronger sides and have experienced an infusion of talent from players plying their trade in Europe.
Challenge Cup Squad: The Philippines caught an unlucky break when their star striker, Chelsea youth product Phil Younghusband was forced to pull out of the tournament with a pulled hamstring. His older brother (also a former Chelsea product) James is included in the squad and converted a penalty against Myanmar along with the vital away goal in Ulan Bator that clinched the Azkals' place in Group A. Despite some notable absences this is a formidable side that will be boosted by the arrival of AGF Aarhus's Jerry Lucena who represented Denmark at U21 level. There are issues with the chemistry and fluidity of the team and its new additions who have not had time to blend in with the squad.
Key Player: Goalkeeper Neil Etheridge, a reserve player for Fulham, will be key if the Azkals are to get something from this game. The Philippines looked lethargic in the first half against Myanmar but Etheridge put in save after save. His teammates have leaned on him heavily and nearly every result the team pulls off can be attribute to Etheridge turning several key saves. As for outfield players, a lot will rest on the shoulders of the winger James Younghusband. The Azkals have some interesting pieces in ex-Atletico Madrid B forward Ángel Guirado and AGF Aarhus midfielder Jerry Lucena but it remains to be seen if these players are able to make an instant impact.
2012 Challenge Cup AFC Challenge Cup Qualifiers palestine Philippines Scouting the Opponent