From Palestine: A Day at the Faisal Husseini

July 29, 2011
Let me start off by saying the national team did its name proud on Thursday. Of course we weren't happy with the result..far from it. But they went for the win with a fighting spirit we haven't seen in a good while. There is discussion to be had about the team's future..but we'll talk about that later.

I only watched the team once before, and it wasn't in Palestine. It was a 'home' game in a very dull stadium in East Amman, that sucked. So this Palestine match was definitely going to surpass my previous experience.
(Click on pictures to enlarge)

I had plenty of time to soak in Ramallah in the days before the match. It is a wonderful blend of Palestinian culture and modern city-life with a vibrant diverse population. On the morning of match day, I grabbed some breakfast at Manara square and then went to take a 'service' taxi to Al Ram. 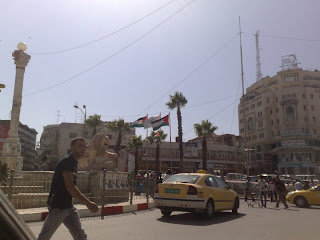 Right when you leave Ramallah, you are immediately greeted by the separation wall. The graffiti makes for some colourful viewing while your mini-bus rolls through the streets. 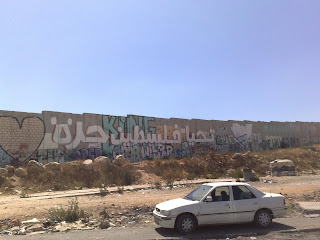 The guy next to me, a Ram resident, told me where I needed to get off to get to the stadium. After a short walk, the Faisal Husseini was in sight. 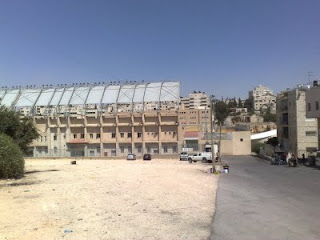 I arrived rather early, 4 hours before kickoff, and barely any fans had come yet. Twitter proved to be a powerful social tool as I recognized a person from our communications on the site(hey John and Patrick!). We sat in the shade when a large group of internationals arrived. After mingling, we headed for the gates and entered the stadium. Getting in this early meant I bypassed any ticketing, not that I didnt have 5 shekels to spare. 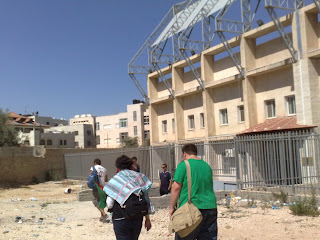 I met Grant Wahl a couple of nights before matchday. He covered the match for Sports Illustrated with a special focus on Omar Jarun (he discusses our meeting in this SI.com article). While Grant and I talked over our drinks that night, he mentioned that he was going with a photographer to visit Murad Alyan at his day-job the next morning. He said he has luck with these kinds of things, noting that it would make for a good story if Dado ended up scoring in the match. You sure do Grant, you sure do. 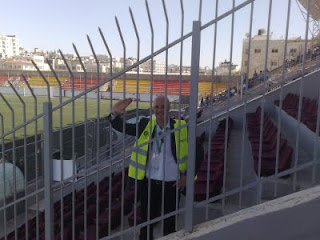 There was a pleasant diversity in the stands. Jon, my twitter friend, commented how he was surprised to see so many girls coming on their own as compared to the UK where they are usually dragged to matches by their boyfriends/husbands. And talking to people around me, I found they'd come from pretty much everywhere. And the age range was huge as well.. 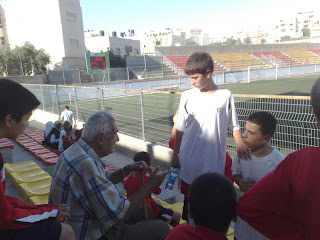 Words of wisdom to the youngsters. 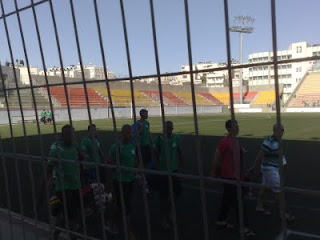 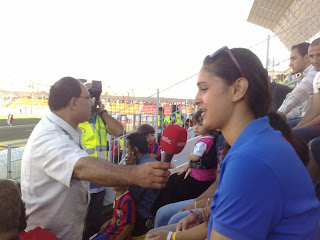 As the players warmed up, you could tell they were focused, and at the same time, excited. 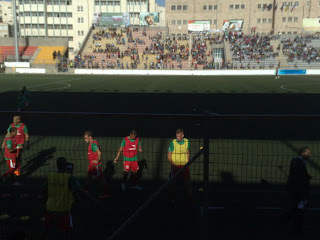 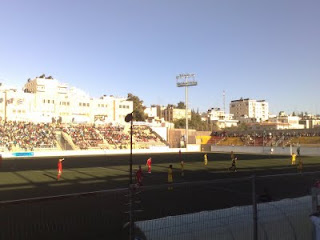 Finally, I'll leave you with a little clip of the footage I captured. As fans were leaving the stadium in disappointment, Murad Alyan scores his second goal to bring a glimmer of hope...(watch in HD!)