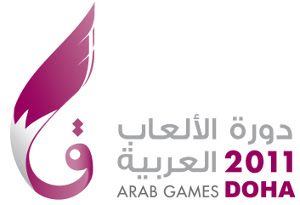 Al-Fursan in Manama
Jamal Mahmoud and company have been hard at work in the Bahraini capital of Manama getting ready for their first Pan-Arab Games encounter against Jordan next week. The team has been boosted by the arrival of Imad Zatara who should make his first official appearance in five years against Bahrain on Wednesday.
Palestine will have to make due without Mohammed Shbair who injured his hand while training with Shabab Al-Khaleel. As a result, Mahmoud has called up Abdullah Saidawi (Hilal Al-Quds) as his replacement. Saidawi could get the start against Wednesday ahead of Toufic Ali who is seen as a promising but very raw prospect. Ramzi Saleh is expected to join the team in Qatar on December 7th.
Also joining up with the team in Qatar are Murad Alyan (Hilal Al-Quds) and Abdelatif Bahdari (Hajer FC/KSA). This development represents a serious coup for Jamal Mahmoud who can now count on his best defender and forward in the tournament. It also sets him apart from his predecessors who often struggled to get players released from their clubs on non-FIFA match days.
Withdrawal symptoms
As for the competition itself, there has been many a development on that front. This is the first UAFA organized tournament since 2007 and only the second since the (now defunct?) Arab Cup in 2002. It was originally supposed to have a majority of its 22 members participating- 12 teams would compete in three groups of four. Since then, Syria withdrew in protest of sanctions past by the Arab League. Somalia withdrew this week- citing logistical problems. That left the competition with two groups of three and one group of four. The organizers of the tournament have since decided that Group C (Jordan, Palestine, Libya, and Sudan) will send two teams to the semifinals alongside the winners of Groups A and B.
The Opponents
Palestine's only opportunity to gain FIFA ranking points will be against Sudan as Jordan and Libya have petitioned not to have the games count towards the FIFA ranking. According to our friend, Edgar, Jordan did this so not to harm their chances of getting a better seeding for the fourth round of Asian Would Cup qualifying. Interestingly enough, Iraq- their principal rival in the chase for seeding- has elected to have their matches against Bahrain and Qatar count towards the FIFA ranking.
Jordan have sent what has been labelled as a 'reserve squad'. They will be without the services of starting GK Amr Shafie as well as Amr Deeb, Hatem Aqel, Bassem Fathi, Bashar Bani Yaseen, Shadi Abuhashhash, and Ahmed Hayel. That said, Hassan Abdelfattah, Anas Bani Yasseen, Khalil Bani Attieh, and Abdullah Deeb are included in the squad and all have started during Jordan's World Cup qualifying campaign.
Adnan Hamed hasn't gone to his bench or altered his formation during the successful campaign. With Round Four rapidly approaching, Hamed needs to find depth in his squad and develop viable a plan B on the pitch. Expect a lot of tinkering from Jordan (although they should progress).
Sudan, who are currently participating in the CECAFA Cup will send their Olympic side as will Libya.
2011 Pan-Arab Games Abdelatif Bahdari Abduallh Al-Saidawi Imad Zatara Jamal Mahmoud jordan Libya Mohammed Shbair Murad Alyan palestine Ramzi Saleh Sudan Toufic Ali