July 01, 2012
Palestine ventured to Taif, KSA to compete as the less fancied side alongside Kuwait and KSA for a spot in the semi-finals. An atrocious first half against Kuwait proved to be the team's undoing - already having had enough work to do given Saudi Arabia's topping of the group with a 4 goal win against the Kuwaiti blues.

Palestine had to win by a large margin against the Saudis to have any shot a the semis and went into the game knowing it was probably their last of the tournament. Rijkard's young squad, which was peppered with veterans, took the lead only for Palestine to come from behind scoring twice. This could have been Palestine's first ever win against Saudi Arabia, but the latter ended up scoring the equalizer.

Surprisingly, our depth in this tournament was in midfield where Jamal Mahmoud had multiple options to choose from as substitutions proved to be game-changers in both matches. Lack of depth in center defence, a position we are traditionally stocked with was our weak point as no proper center back was chosen to replace Bahdari (who was absent for reasons still not clear) - Mahmoud opting to play Husam Wadi out of position instead of Abdulsalam Sweirki - whom he probably deemed not experienced enough.

The tournament did allow Mahmoud to try out players returning to the national team fold and tinker around in the midfield. We have our own opinions about how the players did. We could have given each a score out of 10 but will instead use a colour coded system (with bold where applicable). Heres how we saw it:

Ramzi Saleh: Had a shaky defence in front of him due to the gap in the centreback position left by Bahdari's absence. Can't put him at much fault for the goals conceded and he pulled off some class saves.

Alexis Norambuena: Returning to the national team after a nine year absence, Alexis delivered an overall solid performance in left-back - playing up the wing as well to lob balls into the box. Palestine hasn't had a left-back in this mold and of this quality since Francisco Alam. 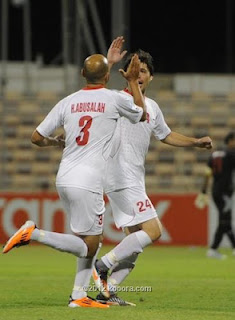 Omar Jarun: Eliminated aerial threats and put in crucial tackles. His effectiveness was minimized however because he wasnt paired with a proper centre back, forcing him on the backfoot of attackers one too many times. 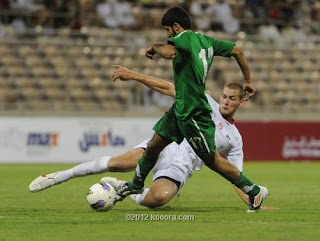 Husam Wadi: Normally a holding midfielder, he was played out of position and probably did his best under the circumstances but one thing is for sure, this man is not a centre back.

Husam Abou Saleh:  Played a great match against KSA with cutting movements on the wing to give the attack the support it needed. Made no mistake from the penalty spot with a belter of a shot.

Murad Ismail: A favorite of Mahmoud's - he didnt do enough defensively in the midfield to give Kettlun attacking freedom. Though he may have been the victim of an overall poor performance by the rest of the team. His pairing with Khader Yousef seems to work.

Roberto Kettlun: His participation was limited to the first half against Kuwait - not the team's finest hour. He was played as a holding midfielder and that likely didnt allow him to reach his full potential - though he did flash some moments of brilliance with fine passing. I'd like to see him played further upfield.

Khader Youssef: The midfield became noticeably more solid when he came on in the second half against Kuwait - Mahmoud proceeded to start him against KSA. He is the top choice for DM in my books.

Ashraf Nu'man: Fantastic. Not only won the equalizing penalty, but also provided a visionary pass to Amour that gave Palestine the lead over KSA - earning him the man of the match award in what was his best performance in a Palestine shirt to date. Certainly one of Palestine's most dangerous attacking threats.

Imad Zatara: Did well to win possession in the midfield and kept defenders on their toes - but he certainly could have done better. 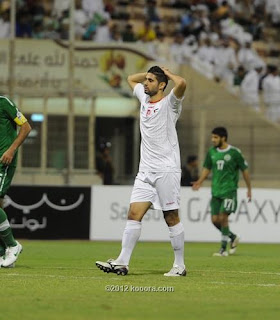 Ismail Amour: Fired up the team when he came on against Kuwait and was a menace to KSA defenders - cleanly finished to put Palestine in the lead. 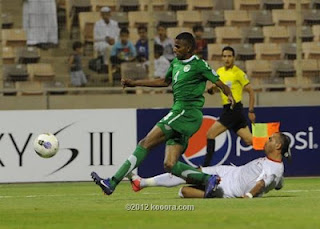 Fahed Attal: The golden boy didn't particularly shine - unsuccessfully connecting with the balls played to him. His goal scoring abilities seem limited to less fancied sides - though I am fine with having him start until we get another Alyan. 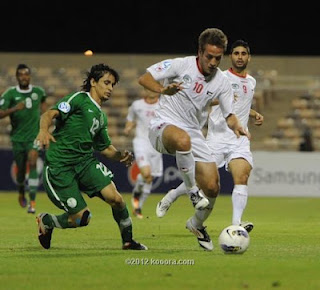