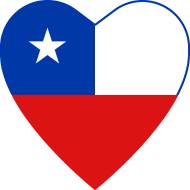 Palestine and Jageiellonia Bialystok (Polish Ekstraklasa) defender Alexis Norambuena did not mince words in his interview with Poland's Przeglądem Sportowym (Review of Sport). Before he revealed a possible move to the UAE or Qatar, he basically acknowledged that he only plays for Palestine because he did not get a call up from Chile and that his "heart beats for Chile".

Over the summer, Norambuena put in solid performances with Palestine and made a strong case for being the first choice LB (a position we have been having trouble with).

While I am sure this comment would create quite a stir among fans on the popular kooora forum(quick to pounce at the slightest indication of lack of loyalty - see: Bahdari), I hardly find it disappointing and hey, I can let it slide.

It is completely understandable that Chile(where he was born and raised) may have a bigger place in his heart, not to mention that a call up to Chile could have meant a World Cup showing. There is a long list of players who were excitedly identified as Palestine prospects but ultimately chose to pass on the opportunity: Facundo Sava (Argentina), Miguel Sabah(Mexico), the Sharbinis(Croatia - death threats were also mentioned..really guys?). The chance to play for their home countries factored into their decisions - Miguel Sabah and Anas Sharbini ultimately got the call up they were waiting for. And they likely felt their connection to Palestine was not strong enough for them to wear the jersey.

This is not to write off diaspora players as opportunists. Players throughout the world face such dilemmas as FIFA's grandfather clause allows for flexibility in choosing country of representation and it is logical that players factor career considerations into their decisions - a strong showing with a high profile national team will instantly boost your value. It is their livelihood at the end of the day and they are the ones who have to live with the decision, for better or worse. Bojan Krkic could have seen regular international football had he chosen to play for Serbia instead of Spain - similarly, Giuseppe Rossi took his chances with Italy over the USA.

From the day we began reaching to the Diaspora for players, there have been naysayers questioning their technical merit and "heart"(particularly insulting to the Diaspora community at large). I am not talking only about resident internet forum kooks - but kook journalists as well who published ridiculous articles on why we should only draw players from local clubs. The truth is, Diaspora players can only add value to the national team and selection should be judged on technical merit, not overrated abstracts. Granted, Heart may prove decisive in the dying minutes of a must-win match, but in the long run it is the quality of players and management that determines success.

Alexis' comments aren't surprising and on the other end of the spectrum, you have players like Omar Jarun and Imad Zatara who clearly have a passion playing for Palestine - ultimately, these are personal matters. That is not to say Alexis' comments will not have repercussions in the event they make it to the Palestinian press. Besides outraged reactions, you can expect him to be heavily targeted for criticism if he under-performs. He did himself no favors in that department.