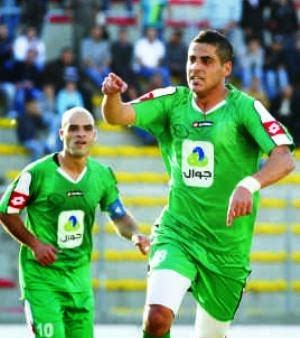 Last year's WBPL champions Shabab Al-Dhahrieh host Kyrgyz counterpart FK Alay Osh in an AFC Cup qualifier Sunday. The winner of the match will be the first of their country to participate in the AFC Cup - which is the second tier of continental club competition in Asia. Palestinian and Kyrgyz sides had previously been limited to the AFC President's Cup which, like the Challenge Cup, was created for emerging member associations. The qualification opportunity represents a sort of graduation for both football associations as the AFC moves towards restructuring its competitions.


Relative to other Asian nations, Kyrgyzstan has always been a mystery to us. Even a deep Google search won't tell you much about their teams. All we know is that they show up and put up a fight. On the national level, Palestine and Kyrgyzstan met twice: the Central Asians won the first encounter in 2006 knocking Palestine out of the Challenge Cup, and a 0-0 draw was played out in 2009 in Palestine's failed qualifying attempt for the same tournament. On the club level, Hilal Al-Quds defeated Dordoi Bishkek 3-2 in the last year's AFC President's Cup.

Shabab Al-Dhahrieh convincingly won last season's WBPL and have finished in the top 3 for the past three seasons.They are second place in the current standings having just overtaken fellow Hebronites Shabab Al-Khalil - but still trailing behind an unstoppable Taraji Wadi Al-Nes. The Oryxes reinforced their squad in the winter transfer window with four signings. That is not for any lack of quality already in the team which boasts Mus'ab Al-Battat and Ahmad Maher (both earning Palestine call-ups last time around) and Yahya Al-Sobakhi.

Dhahrieh can count on vociferous support of the home fans which are expected to pack Dora stadium to the rafters and they have good reason to go into the match confidently having won their last league match against Hilal Al-Quds on the same ground. As the Palestinian flag-bearer, there has been an outpouring of support from fans and media across Palestine ahead of the match embodied in the hashtag كلنا الظاهرية# (we are all Dhahrieh).

I'll leave you with a pretty cool promo vid for the match featuring Dhahrieh players inviting Palestinian fans to Dora to support them titled, "We are coming Asia".