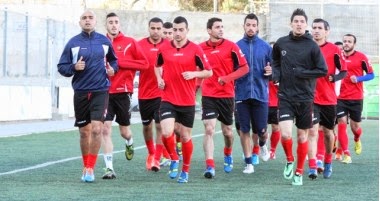 Palestine's Challenge Cup preparations (which left much to be desired to begin with) hit a stumbling block as the planned training camp in Pakistan was cancelled due to "factors beyond the control" of the Pakistani FA.

Instead Jamal Mahmoud and the local selection he has called to the Faisal Husseini will go to Qatar for a camp from 13-23 April.

The winner of the CC will face a tough group in Australia: Japan, Iraq and Jordan. It's just around the corner folks.