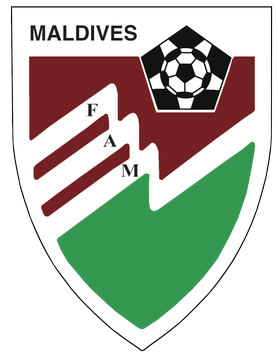 
Background: The Maldives are probably best known (unfairly) for the 17-0 World Cup qualifying loss suffered at the hands of Iran back in 1997. That specter looms over Maldivian football but it should by no means define it as the islanders managed to hold South Korea to a 0-0 draw in World Cup qualifying 7 years later. Traditionally, the Red Snappers have struggled against West Asian opposition having been eliminated by Yemen and Iran at the preliminary hurdle of World Cup Qualifying for the 2010 and 2014 editions while also crashing out of 2011 Asian Cup qualifying at the hands of Lebanon.

That said, Maldives can mix it up with nations outside their region and their win against Kyrgyzstan is a testament to that.

Drago Mamic took the helm shortly before the tournament. The Croat was previously coaching in India and was in charge of Mynamar four years ago during their 2010 Challenge Cup campaign. Mamic did a fine job as Myanmar breezed through qualifying and claimed six points in group play of the 2010 finals en route to a fourth place finish. The Maldives FA definitely thought that his prior experience could help an underprepared side overachieve.

While their loss to 10-man Myanmar was shocking they managed to rebound with a gutsy 2-0 win over Kyrgyzstan.

Challenge Cup Squad: The entire squad plies their trade in the eight-team Dhihevi League- with the exception of Captain Ali Ashfaq. Aku and Goalkeeper Imran Mohammed are a yellow away from suspension so will have to be on their best behavior if they want to avoid sitting out the next match.

Key Player: Ali Ashfaq has been South Asia's striker par excellence for the past seven years. The Man of Steel does tend to feast on weaker sides but its hard to deny his form at the moment he scored 13 international goals in 2013 and has three in the past two days to make him the leading scorer. The last time these two sides met Ashfaq's influence was snuffed out.  Given that he's scored the lion's share of his 41 international goals at home, though, Palestine will have to be on high alert. Fun Fact: Benfica were rumored to be interested in his services and as was even featured in this article  on ESPN.

Style of Play:  Maldives play in an archetypical 4-4-2 formation, they like to use their wingers going forward and are prone to a hoof and run approach. Their speed confounded Kyrgyzstan but the style of play played into the hands of an undermanned Myanmar side in the first game. Uncomfortable playing possession ball their constant forays forward allowed Myanmar to counter. This resulted in the game being played at a breakneck pace at times and served to exploit Mohammed Shifan. Mamic dropped Shifan whose lack of pace was a liability; but it still remains to be seen if Maldives have addressed their defensive frailties.

Against Palestine, two years ago, Imran Mohammed made save after save to keep the scoreline respectable and ensure Palestine finished as runners-up to Turkmenistan. Ali Ashfaq didn't have a shot on a goal and Palestine bossed the game in one of their cleanest performances under Jamal Mahmoud. Will history repeat itself a second time around?