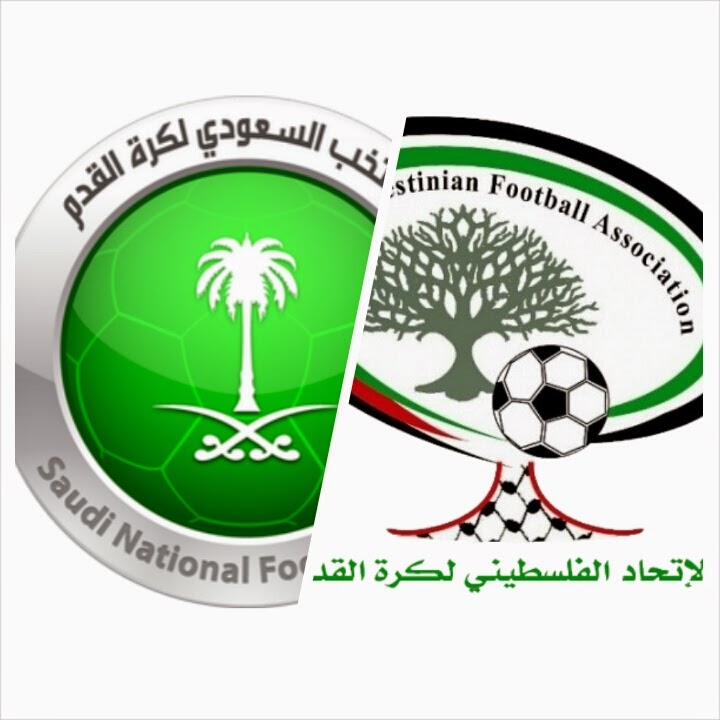 With an international friendly win-less streak stretching back to 2012 (and a pretty bad decade), the Saudis will be looking to get a win against Palestine to gain some momentum ahead of the GCC cup. Palestine is out to show it can butt heads with the continent's top teams. Read more below to get some context to what should be a good game for the neutrals too.


Saudi football has had better days with a 1980s golden era that culminated in a 1994 World Cup debut in which they reached the Round of 16, which they followed with a third Asian Cup title in 1996. Over time, the Green Falcons increasingly looked like a shadow of their former selves however even with a disastrous World Cup showing in 2002, they were still considered one of Asia's "Big 4" sides (alongside Japan, South Korea and Iran) through 2006 where they were still ableto lean on the prestige of being the Arab world's World Cup representative. However, that was not to last as the trip towards rock bottom was accelerated.

Australia's admission into the AFC meant that the "Big 4" were now the "Big 5". Saudi's place in the Big 5 even became questionable as Asia's middle tier sides began catching up. Surely enough, the Saudis failed to qualify for the 2010 World Cup, failed to get out of the group stage in the 2011 Asian Cup, and didn't even make it to the second round of 2014 World Cup Qualifiers (Frank Rijkaard couldn't fix that!).

The continuous decline from the glory days of the 80s and early 90s highlighted inherent flaws in Saudi football and things had to get shaken up. For the first time, the Saudi Football Federation was restructured so that an elected civilian took charge (not exactly the most commonplace of things in the country).

Former Real Madrid and Spain U21 manager Juan Lopez Caro, who at the time was a technical advisor to the team, took over from Frank Rijkaard after the latter was sacked. Caro was initially meant to be an interim coach while the SAFF looked for a new man for the job, however after positive showings in the first two Asian Cup qualifying matchdays, he was signed for a longer term.

Saudi Arabia qualified to the 2015 Asian Cup after finishing first place in their group which included Iraq and China and have been preparing with a series of friendlies at home and abroad. Most recently, a 1-1 draw with Uruguay last month gave Saudi fans hope things were on getting back on the up and up. However, that hope was all but dashed after the team could only muster the same result against Lebanon.


Lopez Caro has named what is for all purposes a full strength Saudi squad as he will carry on with the same group of players to the GCC cup, and presumably a little further down the line to the Asian Cup. Notable is the absence of 36 year old veteran Hussain Abdulghani who has had somewhat of a late renaissance.

Under Lopez Caro, Saudi Arabia has played a 4-5-1 with a reliance on skillful central midfielders and wingers to build up attack. Like most Gulf teams, the Saudis play a fast paced game. Striker Naif Hazazi can be absolutely deadly in the air which is why you'd see a readiness from Saudi players to lob the ball into the box from just about anywhere. Lopez Caro is yet to lock in a starting XI, which observers note is negatively affecting the harmony of the team. Judging by their last friendly against Lebanon, they have a predictability to their build-up of play which enables frequent interceptions from defenders, in addition to underwhelming finishing.

To beat a team like Saudi, you have to take the game to them while maintaining solidity in the back line (Western Sydney Wanderers bus parking hardly works on the international level). Bahdari will be counted on to neutralize aerial balls and I expect the double pivot of Khader Yousef and Murad Ismail to be deployed in the midfield to reinforce the defense against cutting through balls. Abdullah Jaber will really be tested in left back in a battle against Yasser Al Shahrani who displayed his skills - albeit futilely - with Al Hilal in the ACL final.

If there is any point of weakness Palestine can exploit, its the shaky defense (two own goals in the last two games!), and in particular the wing backs - and with Hussam Abu Saleh and Ismail Amour on deck, damage could be done. I would expect Ashraf Nu'man to play a more central role, supporting Mahmoud Eid who will make his debut (most interested to see how this guy does).