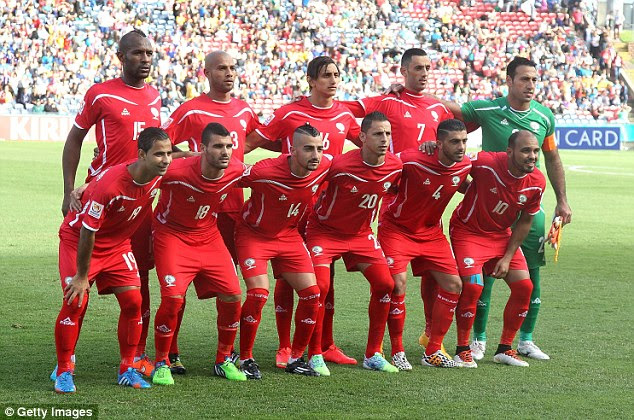 Palestine arrived in Melbourne anonst much fanfare with throngs of supporters getting then at the airport. At the city's Intercontinental Hotel, a dabka troupe and singer preformed for them.

Melbourne, home to the largest contingent of Palestinians in Australia seem to be intent on willing their team to victory come Friday. Initial reports say that the supporter's bay has already been sold out. The vast majority of Australia's 9,000 strong Palestinian community are based in the city and should be able to drown out any support the Hashemites can muster.


Players looked to be in good spirits despite their heavy defeat to Japan. Their campaign will continue without Alexis Norambuena who will return to Poland after suffering a recurrence of his ACL injury.

Matias Jadue, who was in the supporter's section with the rest of the fans in Newcastle has also departed. The PFA's inability to register him in time for the game means he will instead look forward to Deportes Antofagasta's Copa de Chile encounter.

The departures leave Ahmad El-Hassan with only 20 players to choose from for the rest of the tournament.