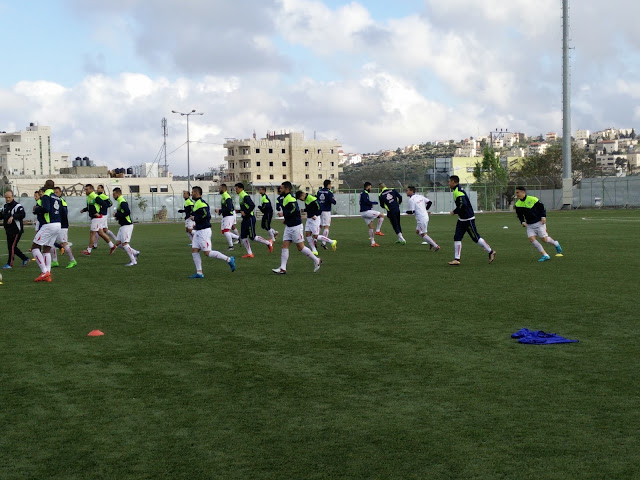 Injuries/Suspensions: Mohammed Darwish will miss the encounter courtesy of his double booking against the UAE. Abdelatif Bahdari has recovered from the light injury he sustained against UAE.


An eye towards the future

During today's press conference, National team manager Abdel Nasser Barakat stressed the fact that the team was still in a building process with "almost all the players being under the age of 25 with certain exceptions who are their to provide their advice and expertise."

With six players on yellow cards (Ihbeisheh, Tamburrini, Seyam, Bahdari, Norambuena, Salah) Barakat assured all scenarios will be taken into account in order to avoid losing key players ahead of Asian Cup qualifying in September. 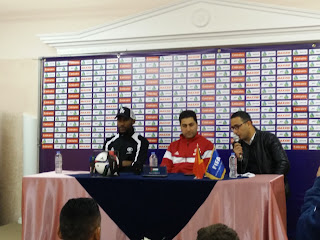 Weather could be a factor

A sudden burst of low pressure has seen temperatures drop and the players we're greeted by a deluge when they woke up at the team hotel in Hebron. At training on Dura International Stadium's pitch the Timorese players struggled to cope with the frigid single degree temperatures. Rumor has it the weather will be better on Tuesday- one would hope so- if only for the sake of the fans.

Barakat was keen to stress that the players were focussed on this match as the national team has yet to win at home. Three previous encounters have all ended in a draw (1-1 v Jordan in 2008, 2-2 v Thailand in 2011, & 0-0 vs UAE in 2015). Might a change in venue- all other encounters were held in Al-Ram-do the trick?

National team captain Bahdari also relayed that "The players want to end this stage on a good note. We want to give a performance worthy of Palestine and then use it to start off the new stage right"