June 30, 2016
Malaysia's second tier (the Premier League) is fast becoming a destination of choice for many of Palestine's top attackers. Earlier this year, Matías Jadue swapped the Chilean third tier for PKNS FC and a glut of goals saw his side make a run to the Malaysian FA Cup final where they lost to defending champions JDT.

Now, Jadue will be joined by two of his countrymen who will also try and fight for promotion to the top tier- the Malaysian Super League.

This week both Jonathan Cantillana and Yashir Pinto Islame were unveiled by their new clubs. 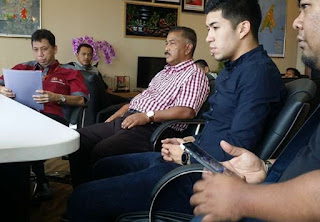 Cantillana will join Kuala Lumpur FA on a one-year deal. The capital's side are two points above PKNS on 25 points and two points behind leaders Melaka United.

Those very leaders have bolstered their promotion credentials by adding Yashir Pinto Islame. After notching 12 goals in 22 games with Curicó Unido, Yashir should find the goal with some regularity.

Between Jadue, Cantillana, and Pinto the Malaysian Premier League now has three players with six 2018 World Cup qualifying goals to their name.

For the sake of comparison, that's twice as many goals as the Malaysian national team registered during their futile World Cup qualifying campaign.

The current contingent of foreign players in the Malaysian Super League has only four goals between them (courtesy of Safuwan Baharudin of Singapore and Faysal Shayesteh of Afghanistan).

Which makes these moves rather perplexing but perhaps all three players see their current clubs as stepping stones to bigger clubs in the region.
Palestinians Abroad