Highlights and full recap after the jump...

Recap: Palestine did away with the famous double pivot formation that had been a staple of Barakat's side since taking the reins in mid-2015. Last month, Palestine struggled with Alexis Norambuena trying to fill that role to little success. This time around stand-in manager Ould Ali decided to play Sameh Mar'aba in a more advanced role. Things didn't quite work out as planned.

Palestine had a first half to forget with an unbalanced line-up struggling to get a hold of the ball. Instructions weren't immediately clear but attempts to play the ball quickly proved to be futile. Lebanon a well drilled outfit took advantage on the counter- especially on the right hand side- where Mohammed Saleh started for the second game in a row. With a plethora of fouls it was no surprise to see Hilal Al-Helwe limp off injured after 30 minutes. The state of the pitch in the Camile Chamoun Sports City didn't help things either as the player later admitted to Lebanese network LBC.

Substitute Fayez Shamshine's header off a free kick from the right gave Lebanon a deserved lead after 36 minutes.

Palestine couldn't muster a single shot on goal or corner in the first half with an uneven formation the main culprit. 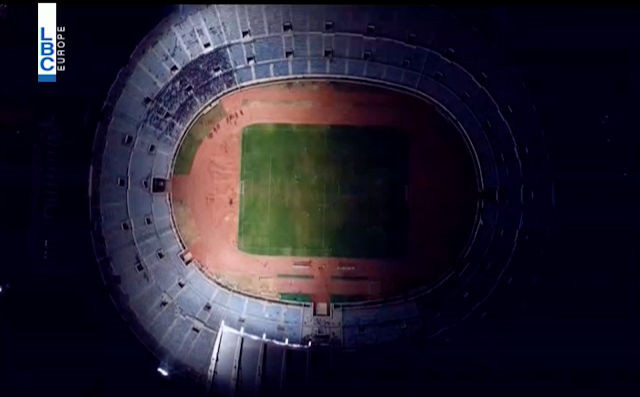 Mere seconds into the second half a power failure in the stadium delayed play for 10 minutes. When the lights did come back Palestine pressed the issue winning two corners and coming close from one of them via Abdelatif Bahdari's header.

The Wadi Degla man was able to provide some spark and Palestine nearly had their equalizer from a powerful 30 meter rocket from Alaa Abu Saleh. Lebanon's goalkeeper Khalil Mehdi used every millimeter of his huge frame to divert it for a corner.

Despite an improved performance in the second half. Palestine did not press the issue and could count themselves lucky to have won a last minute penalty. Mohammed Saleh did a great job selling what was minimal contact to get Palestine's first spot kick since May 2014 (vs. Afghanistan).

Captain Abdelatif Bahdari was the unlikely taker and after scuffles that saw Al'aa Abu Saleh sent off. Bahdari converted successfully and was up to the task again when Palestine was adjudged to have encroached on the first attempt.

The draw means Palestine remains unbeaten since March (1-3-0) but despite the acceptable result this match raised a litany of issues that must be addressed going forward.

What I liked: Fantastic support from the refugee community in Lebanon meant this often felt like a home game in terms of support. The fans deserved the draw even if it came under dubious circumstances.

What I didn't like: Palestine were unbalanced from the get go. It is becoming increasingly obvious that there remains a problem in midfield. Pablo Tamburrini's absence has been acutely felt over the last two games and not having Shadi Shaban in the squad means that there are no viable options to partner Mohamed Darwish. Dropping Sameh Mar'aba so deep was unwise as the Thaqafi Tulkarem player lacks the skill set to play anywhere other than in the final third.

The onus is on the coaching staff to make the right personnel decisions and in this game as in last month's friendly vs. Tajikistan there were critical mistakes. It's not Sameh Mar'aba's fault or any one player's fault for that matter. If your formation is unbalanced then it will be hard to harness the talent in your team. Mar'aba playing as a #8 is the wrong call and it set a domino effect. An inexperienced right back was left exposed because there wasn't a defensive minded player shifting over to help him out. As a result, Jaka Ihbeisheh spent most his time putting out fires instead of getting forward and when Mohammed Saleh got caught up the field it fell to Bahdari to take risks in order to cut out dangerous attacks.

Style: Palestine have a collection of talented players- perhaps the deepest squad since rejoining FIFA in 1998. The modest investments in the local league have borne fruit and scouting abroad has uncovered players capable of taking us to the next level. The problem is that Palestine have faced only two types of teams in qualifying. Saudi Arabia and UAE harbor real hopes of qualifying for World Cup 2018 and Palestine's game plan in three out of the four games was to cede possession, bunker, and break. Against the minnows of Malaysia and Timor Leste- Palestine only needed to be competent to secure the three wins.

Against Lebanon, Palestine wanted to play on the break but their approach was too hurried. Lebanon had more men in midfield courtesy of their 3-5-2 formation and the wayward passing only played into their hands. At no point in the first half did Palestine resolve to keep possession by playing high percentage passes.

Man of the Match: No real standout performances tonight. Abdelatif Bahdari showed real leadership in driving the team forward and doing damage control at the back. Showed nerve in successfully converting his spot kick twice.

What's Next: Palestine will face Morocco's B team in Rabat on the 14th of November. Palestine rarely play two friendlies in the same window (hasn't happened in two years) so this will be an opportunity to correct mistakes made against better opposition.