Five Wishes for Palestinian Football in 2017

Before qualifying, Palestine will have to find out their opponents and things are still up in the air with regards to the draw. Kuwait has received yet another extension from the Asian Football Confederation to sort out their FIFA suspension and could yet be replaced. This past week, Guam withdrew citing financial difficulty and are set to be replaced by Nepal.

Qualifying in 2017 (read: before the last match day in March 2018) is paramount for Palestine and they will hope to avoid the pitfalls of cross continental travel and rivals pulling a Saudi Arabia. That said, qualifying with relative ease is a realistic target.

Palestine has a good chance of drawing a Pot 1 team in rebuilding mode (Jordan, Oman, Bahrain) or a team of equal to lesser ability (Philippines, Kyrgyzstan).

Based on their talent and play in the previous round Palestine should be confident of taking care of business and realizing their full potential. Anything short of qualifying for the finals in the UAE would be a failure.


Eleven points back of current leaders Hilal Al-Quds Shabab Al-Khaleel are all but out of contention for the league title having already fired their manager. Things have been more stable as of late with a statement 3-0 win over league contenders Thaqafi Tulkarem; but make no mistake there will be no title defence. 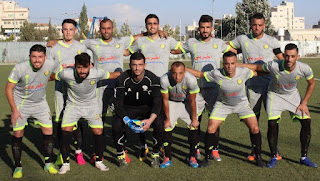 Instead continental football is where the focus will naturally shift. First up is the little regarded Arab Club Championship where Shabab will have to navigate two play-in rounds to qualify for the finals in Egypt next summer. They will have to do so without the ability to play Al-Ahed of Lebanon at home. Should they be successful, Fanja of Oman stand between them and a place in the group stage.

That said, the big prize is the AFC Cup. Fans of all Palestinian clubs will feel more than slighted after the allocation was cut from 1.5 spots to a mere .5.

Unlike previous entrants in the competition. Shabab Al-Khalil are completely stacked, they have two national team goalkeepers and their backline features the likes of Alexis Norambuena, Haitham Dheeb, and Ala'a Abu Saleh. Further up the pitch, Pablo Tamburrini pulls the strings in midfield and in attack- Ashraf Nu'man and Ahmad Abu Nahyeh will be counted on for goals.

Another Omani club- Al-Suwaiq stands between them and a place in Group A alongside Al-Jeish of Syria, Jordanian Cup Champions Al-Ahli, and Iraqi champs Al-Zawraa.

Only group winners (and a best runner up from one of the three West Zone groups) advance making progression a tall order for the Hebron based club. That said, bettering the haul of seven points by Shabab Al-Dhahrieh registered in last year's edition should be the bench mark. Ten points might be just enough to send Shabab Al-Khaleel to the knockout rounds. 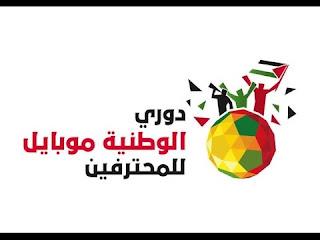 Contracts not honored, payments withheld, and constant scheduling changes have been part and parcel of the WBPL. Going forward, things should be done to guarantee players get paid on time, every time.

Contracts should mean something. In other leagues, contracts are guaranteed meaning if they're broken- the liable party usually has to pay out the contract or pay a agreed upon penalty.

A good contractual model encourages a knock-on effect of professionalism. One can only hope that the newly found Palestinian Footballer's Association headed up by former national teamer Rami Rabi can make strides to close the professional gap in Palestine.


So much talent. So few caps. Matias Jadue, Yashir Pinto, Ahmad Abu Nahyeh, & Carlos Salom all have fewer than 10 caps and were only brought into the fold in mid-2015 or later. Add Mahmoud Eid to the mix (first cap: November 2015, total caps: 12) you can see a troubling pattern forming.

There is an undoubted array of talent but no concrete idea on how to incorporate it in to the team. Success in 2017 and beyond hinges on getting this formula right.

For whatever reason, moves away from the WBPL aren't as common as they should be. An initial successful generation of players in the form of Ramzi Saleh, Abdelatif Bahdari, and Ashraf Nu'man but the domino effect has yet to take place.

Perhaps a poor Asian Cup in 2015 didn't help allay the fear of scouts as to the quality of the league but there are a bevy of players who should aim to play in bigger and better leagues.

Malaysia has been a popular destination (Jonathan Cantillana, Matias Jadue, Yashir Pinto) but that should not be the goal. Palestinians should instead aim to move to the Gulf or Egypt.

One player who has the right idea is Islam Batran. He may not have broken through with the senior national team but he parlayed good showings with the Olympic team into a deal with Egypt's Wadi Degla. Although he has only played in a handful of games, he has shown potential in every game he has appeared in.

Next in line should Abdallah Jaber who was close to a move to Arab Contractors in the summer. Other promising players who should seriously push for a move are Mohammed Darweesh, Mahmoud Wadi, Ahmad Abu Nahyeh, and Tamer Seyam.

If Palestine can impress in 2017 there just might be a couple more moves might be in line for Palestine's promising players.