Changes made to Palestine's ISG Squad 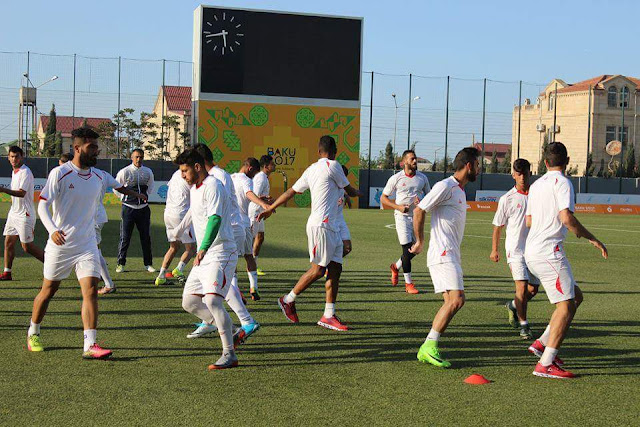 Football Palestine has learned that four changes have been made to the final squad that will participate in the 4th Islamic Solidarity Games in Baku this month.

Mahmoud Wadi, Palestine's all-time leading goalscorer in Asian club competitions (5 goals) will not participate as he remains unable to leave the Gaza Strip due to the Israeli and Egyptian blockade.

Other withdrawals from the squad include Tamer Tatur. The former Maccabi Umm El-Fahm midfielder had been included as one of the overage players but has been replaced alongside his Shabab Al-Khaleel teammate Wael El-Shaarawi.

Also excluded from the side is Abdullah Abu Mohsen from the second division side Tubas. Other than Mahmoud Wadi, no reason was given for the aforementioned players' exclusion. 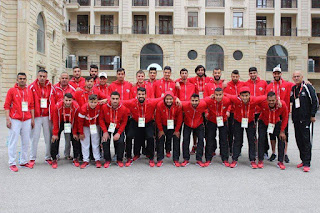 In their place, Ayman Sandouqa has called up Dawoud Salah, Nameer Agha, Zuhair al-Faraja, and Mohammed Darwish. Darwish will be the third overage player in the side alongside the likes of Captain and starting Goalkeeper Ghanem Mahajneh and Ahli Al-Khaleel defender Mohammed Saleh.

The Olympic Team will face Oman on Monday and then take on Algeria three days later. They wrap up group play against Turkey on May 15th. The winners and runner ups of each group advance to the semifinals.

Palestine will use the majority of these players- notable exclusions are 1994 births which includes Maraaba, Yameen, Batran, & Oweiwi- for July's AFC U23 qualifying tilt. Palestine have never qualified for an official youth tournament finals but host a qualifying group that includes Jordan, Tajikistan, and Bangladesh.