May 02, 2017
The last week of April saw five Palestinian national team players in action in European and Asian action. 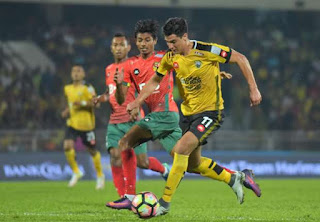 Yashir's Perak TBG rose to fourth in the Super League table after a third straight draw. Perak have not lost in one month but remain nine points adrift of leaders JDT.

Newly promoted PKNS- fielding Matias Jadue as mostly a midfielder this season- is in eighth place on 10 points. With half the season remaining, they will have to stave off the three teams below them to earn a second successive season in the top flight. 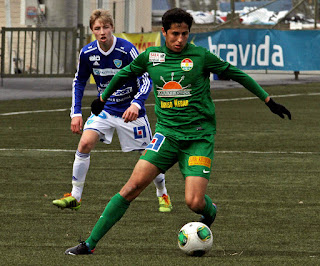 After struggling with injuries at the beginning of the season. Ahmed Awad made his first start for Dalkurd over the weekend. The attacker, went the full 90 minutes scoring the opening goal in a 3-0 win over Gefle. The result took Dalkurd to second place in the Superettan table; the side who missed out on the promotion playoffs by a single spot are aiming for direct promotion this season.

One division up, Mahmoud Eid continues to make strides in the top flight. On May day, he went the full 90 earning his third start of the season- equalling his total for Kalmar last season. The Röda Bröder earned their first win of the season- which lifted them off the foot of the table after six games.

With 343 Allsvenskan minutes played in 2017, Eid surpassed his total from last season as well (320). 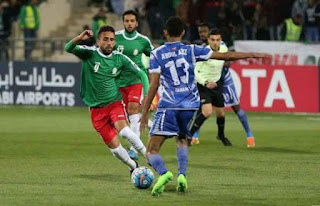 Ahmad Maher Wridat continues to make strides in his first foray abroad. Al-Wehdat's title defence faltered over the last few weeks and the Jordanian giants will need to win the Jordanian FA Cup in order to secure participation in a continental competition in 2018.

That said, the diminutive attacker has feasted on teams in the AFC Cup (Asia's equivalent of the Europa League). With a dearth of natural forwards in the squad and a capable winger in the shape of Munther Abu Amara, Adnan Hamed has deployed the Wridat as a striker. While, his goal return hasn't been great (1 goal in the Champions League and another in the AFC Cup) he has been prolific in creating chances for his teammates.

That has especially been the case in continental competition. The former Al-Dhahrieh and Ahli Al-Khaleel man has created 13 chances for his teammates in five games (four starts). Those numbers place him third overall in the competition behind teammate Munther Abu Amara (26 in six games) and Saham's Mouhsin Jawhar (16 in six games).

On Monday, Ahmad Maher was the most accurate passer in the Wehdat side (86% on 22 passes) while creating a whopping five chances in 80 minutes of play. His tireless running helped Wehdat jump to an early 1-0 lead en route to a 3-2 victory over Bahrain's Al-Muharraq.