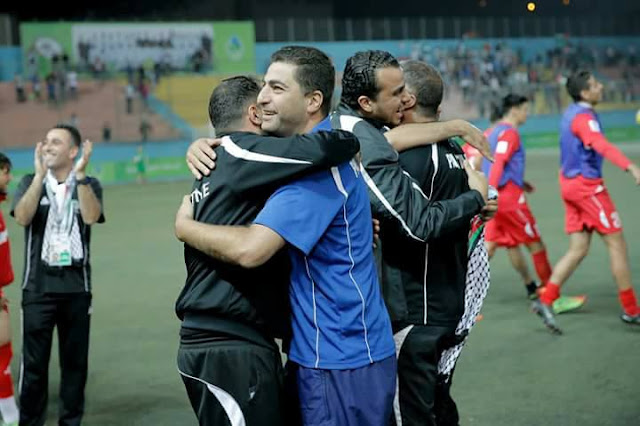 There is simply no other way to put it. If you are a Palestine fan right now you are living through the best period in the national team history.

Below are some of the records that fell following Al-Fida'i's 2-1 win over Oman last week.

Palestine have won four games in a row for the first time in their history. Stringing together victories against Yemen, Maldives, Bahrain, and Oman in that order.

The previous record set at three games set in 2006 under interim coach Mohammed Sabah (wins against Singapore, Guam, & Cambodia) and equalled in 2014 under Jamal Mahmoud and Saeb Jendeya (wins against Chinese Taipei, India, and Pakistan).

Longest period without a loss

Palestine have now gone over a year without losing a match (5 Wins, 3 Draws). The eight match streak betters the previous record of five matches set by Jamal Mahmoud (May 2014) and Moussa Bezzaz (March-July 2011).

Abdel Nasser Barakat surpassed Jamal Mahmoud as the winningest coach in Palestine national team history on Tuesday. His win percentage now stands at 43.75% over 16  matches- a shade above Jamal Mahmoud who won 41.18% of his 34 matches. Factor in the one game Barakat was in charge of as an interim manager six years ago (a 4-1 loss to Indonesia) and his overall win percentage is equal to that of Jamal Mahmoud's 41.18%.

Jamal Mahmoud number remains slightly higher (44%) when the Challenge Cup qualifier vs. Northern Mariana Islands is factored in and still has twice as many victories (14) than Barakat. 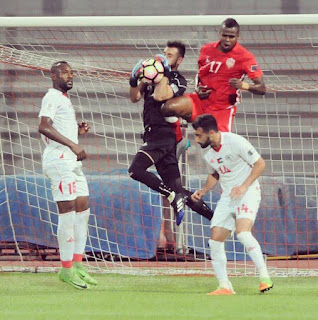 Rami Hamadi went 404 minutes to start his national team career without conceding a goal, surpassing the record set by Ayad Dwaiama (360 minutes). His shutout streak is the third longest in team history behind Toufic Ali (414 minutes in 2015) and Ramzi Saleh  (503 minutes in 2014).

Abdelatif Bahdari played in his 45th official match with the national team. Taking him into sixth place overall- past Ismail Amour- in the total appearances list. He could surpass Ashraf Nu'man and Husam Abu Saleh this year should he play in three more matches.

Bahdari's partner in central defence hit the 30 cap milestone six years removed from his first taste of international action. The schoolteacher would be further up the list if not for work commitments recusing him from several national team games. Remarkably, he has started all 30 of his international appearances.

With back-to-back matches against Bhutan up next in Asian Cup qualifying these players plus Ahmad Abu Nahyeh (six goals) and Ahmed Maher (eight goals) all have a good chance of hitting double figures with the national team in the near future.

With matches against the minnows looming, there remains a good chance that Fahed Attal's record of 14 international goals- and six goals in a single game- is surpassed by the end of the year.