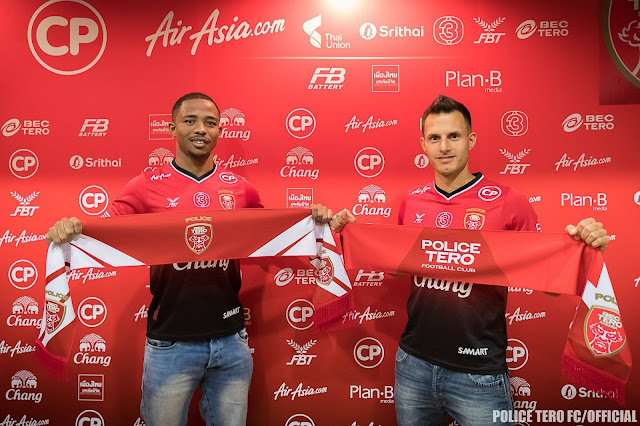 Transfers involving Palestinians continue to roll in throughout the offseason. Last month, Matias Jadue and Carlos Salom moved to new leagues while Jonathan Cantillana and Imad Zatara came close to switching leagues as well only to see both moves fall through at the eleventh hour.

With July now upon on us another move is in the books.

Fresh off a double digit goals (12) and assists (12) season with Qatar's Al-Shammal Club, Jaka Ihbeisheh has moved to Police Bero FC of the Thai Permier League.

The Slovenian born midfielder has agreed terms with the Bangkok based side after flying to the Thai capital on Friday.

Football Palestine understands that the contract will run 12 months covering the remainder of the Thai Premier League season and the first half of the 2018 season.

Ihbeisheh will wear the #10 Jersey and could still become the first Palestinian to play in Thailand as Matías Jadue- who moved to Port FC last month- has yet to feature in a game.

Tero are tied for ninth in the league on 29 points from 21 games- 13 points back of the last Champions League spot.