Preview: Palestine U23 vs. Tajikistan U23 (2018 Asian U23 Championship qualifier)


Palestine is set to kickoff its quest to qualify for the Asian U23 Championship finals tomorrow when they play host to Tajikistan. The young Fida'i's match will proceed the first match of Group E between group favorites Jordan and expected whipping boys Bangladesh.

The Olympic side will aim to register a victory in their first game which could set up a first ever qualification for an Asian or global youth tournament.

Ten group winners alongside the five best runner ups will qualify for the tournament. That field could expand to six best runners ups should China- next year's hosts- finish amongst the top 15 teams.

While in Algeria, the national team was bolstered by the arrival of four players who ply their trade abroad. Due to the realities of Israeli occupation, it has emerged that 19 year old Lebanon-based defender Alaa Habous will not be allowed to enter the West Bank.

For their part, Tajikistan prepared for this encounter with a 2-1 loss to the UAE in Dubai. For all their deficiencies, Tajikistan put UAE under a great deal of pressure in the opening stanza of the game- with their pressing and short passing game unsettling the Emirati defence. 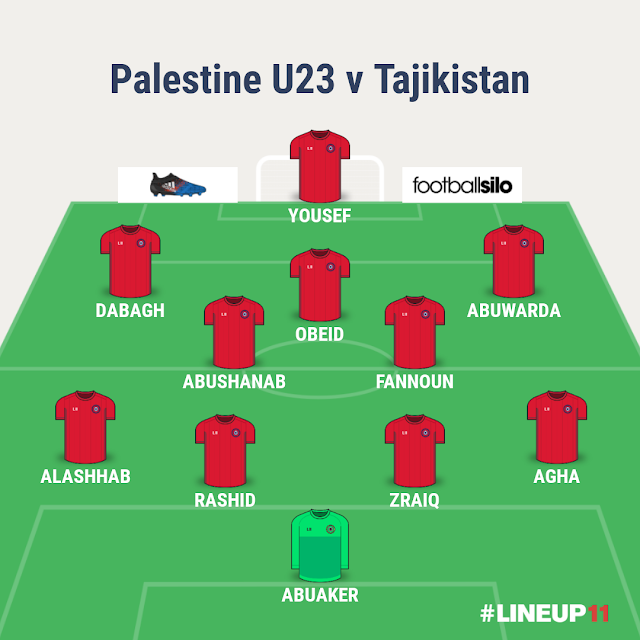