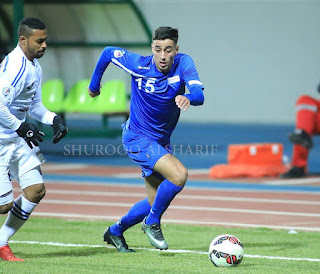 Hilal Al-Quds's comeback attempt fell short on Monday night despite a laudable effort from the capital city side.

Mohammed Yameen had cancelled out Al-Suwaiq's advantage from the first leg with a powerful header to put Hilal ahead after 20 minutes of play.

Hilal Al-Quds generated more chances but were made to pay in the second half when a lack of concentration gifted Al-Suwaid the aggregate lead through a counter attack. Things would go from bad to worse as Tamer Seyam's double booking left the team fighting for a decisive second goal at a numerical disadvantage.

Alas, a miracle was not on the cards for fans of the defending WBPL champions as the damage from the first leg loss proved to big to overcome.

The story of Hilal's AFC Cup failure is not limited to what happened over the 180 minutes of play.

The WBPL has talent abound but fails to extract good results on a consistent basis. In fact, inconsistency seems to be a way of life in the administration of WBPL clubs.

The league schedule is released on an ad hoc basis and even then, changes can be expected to occur at any given moment.

The state of most playing surfaces in Palestine is shocking. The state of play is not much better as teams seem committed to time wasting tactics from the moment they go up by a goal. Referees are forced to add on a ridiculous amount of time added on when balls fly out of play due to the fact that ball boys are not employed at every ground.

Then there are the individuals who have to try to make a living playing football in Palestine. These are the figures most often blamed- rightly or wrongly- when things take a turn for the worse.

Contracts mean very little in the WBPL, where massive sums of cash are promised and can sometimes never arrive.

This happens at every level of football in Palestine. Former national team manager Jamal Mahmoud is still waiting to be paid by the PFA and rumors are FIFA will step in to solve the issue.

This is how the PFA and football clubs in Palestine do their business. One source from within the PFA even recounted stories of how contractors and tradesmen never got paid for construction work they were hired to do.

On the pitch, Shabab Al-Khaleel defender Abdelatif Bahdari went AWOL this month due to the club's treatment of him. Both Bahdari and Ahli Al-Khaleel's Abdallah Jaber also missed the Round of 32 matches in the Cup. Shabab Al-Khaleel suffered a shock exit on the hands of their captain

If members of the national football team can't get paid, what hope is there for the rest?

It's an open secret that clubs tend to pay the wages of the part timers first- knowing that the richer players have some money saved up to go three or four months without wages. They also know that a good, long-term offer from abroad will never arrive making them the only viable employment option for Palestine's best players.

Former Al-Bireh and national team player, Rami Rabi, tried to set up a union to represent the interests of the players but has been met with resistance from the PFA- for obvious reasons.

Not a single club has a plan in place to achieve success. It all smacks of short term thinking that will never yield results for Palestinian clubs. There is no online presence or marketing efforts to win over fans, no academy structure to feed players to the first team, nor is there investment in coaching or player personnel. Forget five year plans, Palestinian clubs don't even subscribe to one-year plans.

Khader Obeid, Hilal Al-Quds's manager, could not even travel to Oman because he wan not granted a day off from the Ministry of Education. The higher ups in the club had no contingency plan for such an event, nor did they think it was important that their coach would not be in Oman to ready his team ahead of the most important match of the year.

At the end of the season, over 90% of the players will be out of contract and free to negotiate with whomever they wish. There will be the same sort of merry-go-round for the coaches as well. That said, they are most likely to get the same raw deal at the hands of a different owner and an indifferent PFA.