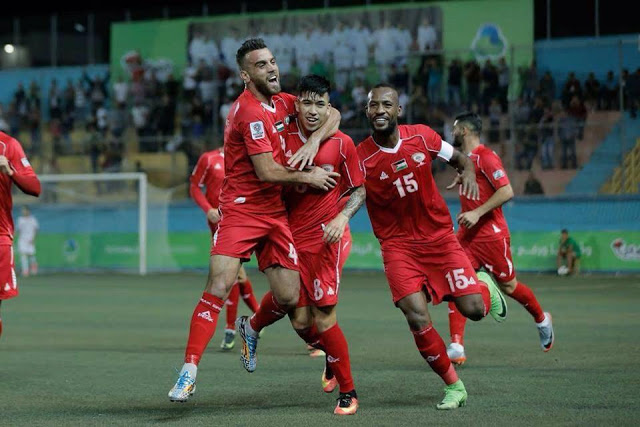 The February 2018 FIFA Ranking was released by football's governing body earlier today and Palestine have set a new milestone.

After equaling their best ever ranking of 84th in October of 2017, Palestine have gone on to set new records in every following month since.

FIFA's next ranking will be released before Palestine takes the field again in an official match (March 15th). The AFC has announced that it will use FIFA's April Ranking in order to seed teams for the 2019 AFC Asian Cup Draw.

As things stand, Palestine will be placed in Pot 2 alongside Uzbekistan, Syria, China PR, Lebanon, and Iraq.

Palestine would need to overtake Uzbekistan, China, and Saudi Arabia in order to be seeded in Pot 1 which would require a win in their final qualifying match against Oman on March 27th in addition to other results going their way.

FIFA Rankings and Asian Cup Pots are as follows