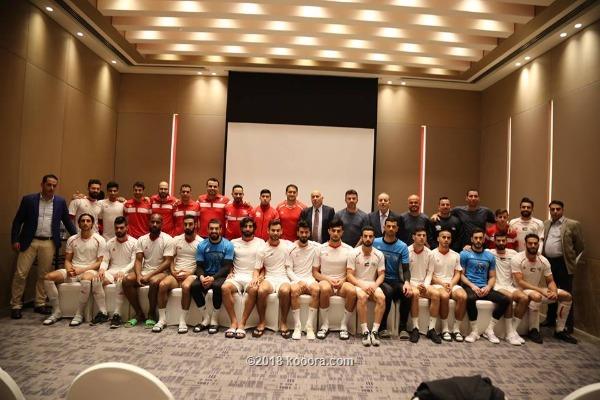 Palestine's national football team departed the Kingdom of Saudi Arabia last night and made the short flight over to neighboring Bahrain.

With the preparations heading into the final stages; new Palestine manager Julio Cesar Baldivieso took several critical decisions in relation to the squad.

Al-Halman's inability to crack the squad was a damming indictment of WBPL strikers who have struggled to make an impact at national team level since Murad Alyan fantastic showing in 2011.

In his place, Baldivieso has afforded an opportunity to one youngster. Shibab Qumbor, who was part of Palestine's Olympic team, will link up with the squad. (ed note: Oday Dabbagh is a last minute addition to the squad)

As expected, Haitham Dheeb will join up with the squad and is expected to continue his partnership alongside captain Abdelatif Bahdari in defence.

Injuries to Yashir Pinto Islame and Mahmoud Wadi means several other forwards will get a chance to stake their claim to a position in the starting XI.

Switzerland-based striker Saleh Chihadeh, who was called up by Abdel Nasser Barakat in November, was not called by the new coaching staff.

Veterans Alexis Norambuena and Jaka Ihbeisheh were also left out of the squad.

Other notable absences include Hosam Aiesh who turned down a call up citing fears of aggravating an injury and losing his starting position with Östersunds.

Olympic team defender Michel Termanini also opted to stay with his club, AFC Eskilstuna, as he looks to become a starter with the club this season.

The legionnaires that are set to make the trip are Mahmoud Eid, Ahmad Awad, Matías Jadue, and Mohammed Balah.

With less than 300 days to go until the AFC Asian Cup finals get under way how much will change in regards to Palestine's starting XI?

Baldivieso has answered this question to a degree with the players he chose to start against Algeria. The backline will consist of Mus'ab Al-Battat, Abdelatif Bahdari, Haitham Dheeb, and Abdallah Jaber. Rami Hamadi will mind the net and Mohammed Darweesh will shield the defence.

The other five positions are more or less up for grabs. Baldivieso, much like his predecessor, is trying to figure out which player gets to partner Darweesh in the middle of the park.

In attack, he trotted out Tamer Seyam on the left flank and Sameh Maraaba behind Khaldoun Al-Halman- the only radical change to the Palestine squad.

The arrival of reinforcements means followers might see some different combinations on the pitch.

But with such unprecedented success over the last two years (7 straight wins and 11 matches unbeaten) there is no reason to expect radical changes to a successful formula. 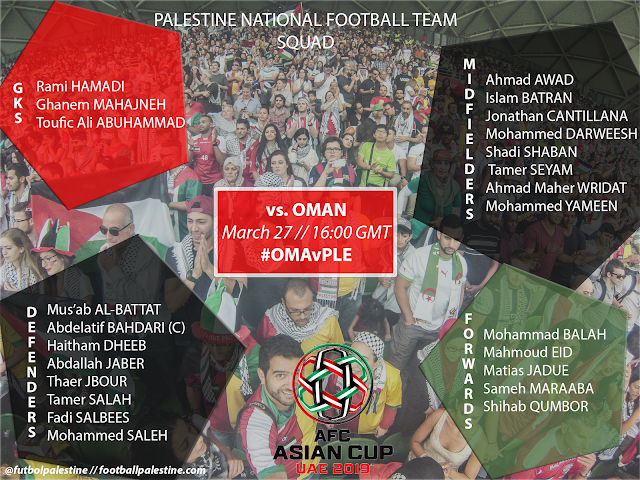