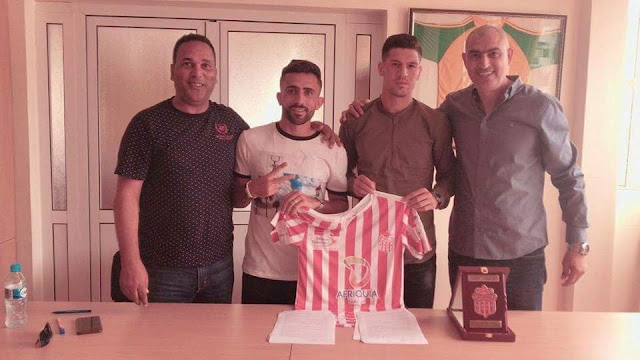 Palestine national team midfielder Ahmad Maher Wridat is on the move again. After spending part of 2016/17 with Jordanian giants Al-Wehdat. The Hebron area native returned home to play for Shabab Al-Dhahrieh last year and was, once again, one of the best players in the Palestinian league.

Those performances have caught the eye of Hassanaia Agadir who have snatched up the player on a free transfer- signing him to a three year contract.


Also joining him will be Tamer Seyam of Hilal Al-Quds. Since making his debut at the 2014 AFC Challenge Cup, Seyam has become a permanent presence in the national team playing in every single match over the last three years.

His combination of speed, physicality, and set piece mastery should see him adjust to life abroad relatively quickly. The Jerusalem native has also penned a three year deal with Agadir.

Ahmed Maher departs for a second spell abroad after spending part of 2016/17 with Wehdat. The diminutive speedster managed to make some history there- becoming the first ever Palestinian player to score in the AFC Champions League- helping Wehdat beat Indian side Bengaluru FC. With that goal, he became Palestine's top scorer in Asian club competitions with five goals.

The 26 year old has proven himself capable of playing at a higher level with eight national team goals to his name- including a game changing performance off the bench in an Asian Cup qualifier vs. Maldives.

After missing out on the Moroccan league title by a single point, Hassania Agadir will be competing in the CAF Confederation Cup in the 2018/19 season.