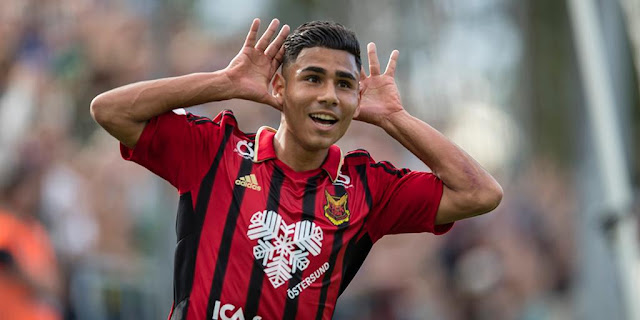 After lighting up the Svenska Cup in 2017 and following that up with solid performances in the Europa League it looks like Hosam Aiesh might soon be departing Östersunds.

The Sweden-born winger declared that he was ready to represent Palestine in August 2017 and his switch of nationality paperwork has been submitted and processed.

With the mastermind of Östersunds''s success, Graham Potter, now managing Swansea City in the English Championship; rumors have swirled about the possibility of brining over some of his former players.

Key amongst them is Aiesh, who is adept at playing in any position down the right wing.

After struggling with injury last season and early this season, Aiesh has become one of Östersunds's best performers in the run-in to the Allsvenskan summer break- playing in a 4-2-3-1, 3-4-3, and 4-4-2- recording two assists and a goal.

Graham Potter was glowing in his praise of the Palestinian earlier this season:

"Amazingly fun to see him back. He has scored two straight top performances in derby and now against Sirius. He has matured and is incredibly difficult to stop."