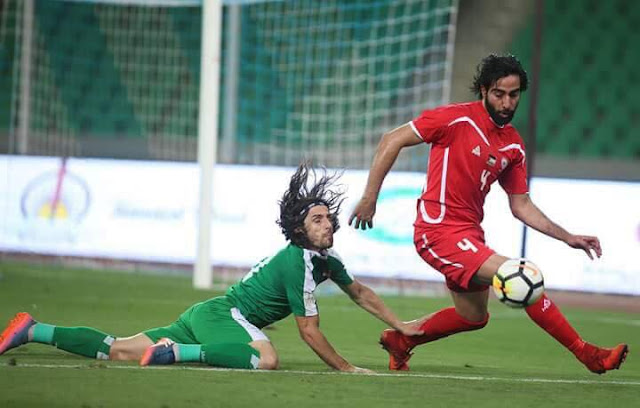 In an unexpected move, Ahli Al-Khaleel defender, Mohammed Saleh has completed a free transfer to Europe signing with one of the most successful sides in Malta, Floriana FC.

Saleh, who will turn 25 next month nearly joined Jordanian giants Al-Faisaly in January but the deal fell through as the side could not play him in the league.

Floriana FC finished a disappointing sixth and did not lift a trophy last season. Mohammed Saleh figures to be part of a rebuilding process that should return trophies to the much lauded side. Floriana FC have won the league 25 time and lifted the FA Cup on 20 occasions.

Mohammed Saleh has been a mainstay of the Ahli Al-Khaleel side that has dominated the Palestine Cup, winning it three straight seasons between 2015 and 2017.

Saleh earned his first national team call up in 2016 and has since appeared a further six times (five starts). The Gazan's fantastic ability in the air makes him adept at defending crosses and a threat attacking set pieces. In addition to his natural position in the heart of defence, Saleh has also been deployed as a right back.

The financial aspect of the deal is unknown but the length of the contract is for one season with a club option for an additional year.