Palestine to participate in Vietnam tourney ahead of Asian Games 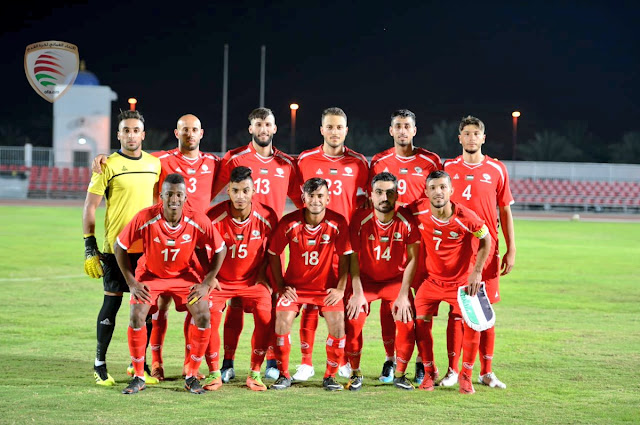 After a friendly doubleheader in the Sultanate of Oman, the Olympic team will now jet off to Vietnam for final preparations ahead of the 2018 Asian Games.

The young Fida'i's two games against Oman culminated in a 0-0 draw and a 4-2 loss. Manager Ayman Sandouqa made six changes to his side as he sought to test as many members of the team as possible.

The second game was blighted by a red card to Mohammed Khalil but saw Oday Dabbagh continue his scintillating form with the Olympic team- scoring his 6th and 7th goals since his debut in May 2017.

The young Fida'i will now jet off to Vietnam to take part in a four team tournament from the 3rd to the 7th of August.

The winner of the four team tournament will be awarded 20,000 USD while the runner up and third place teams will received 10,000 USD and 5,000 USD, respectively.

Palestine will then kick off their 2018 Asian Games campaign three days later, on August 10th.

Ayman Sandouqa is expected to announce three overage players to take the number of players in the squad to 23.