Asian Games 2018: Palestine top of Group A after two games 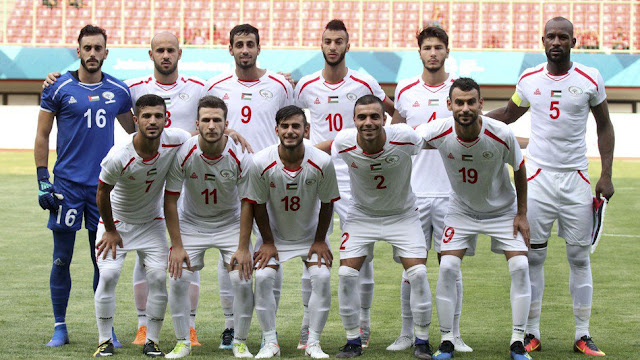 After beating Uzbekistan, holders of the 2018 AFC U23 Championship, most fans expected Palestine to destroy the opposition lying in wait in Group A of the Asian Games.

Two match days in and Palestine are in control of their own destiny as group leaders but have been made to work hard for all four points.

After a warm schedule of five friendlies, manager Ayman Sandouqa decided to ring in the changes and call in several overage players.

Neither Naim Abu Aker nor Ramzi Fakhouri have done enough to stake claim to the #1 shirt which in turn earned Rami Hamadi a call-up to his second consecutive Asian Games.

Palestine are more proactive nowadays thanks to a surfeit of talent being produced at home and abroad. Against weaker teams, there is an expectation for Palestine to win easily and after showcasing that ability at senior level against Malaysia and Timor Leste the rest of the continent knows what to expect.

Palestine, however, is simply not used to playing against a side that parks 10 men behind the ball and defends for dear life. This inexperience could have led to a disastrous start- but so far the damage has been mitigated to two points dropped in the opening match.

Against Laos, Palestine found themselves trailing 1-0 in the 14th minute after a wonder strike delivered Laos an unexpected lead. Palestine were denied by nearly every method possible and could only find a break through 84 minutes in when substitute Shehab Qumbor brought Palestine level. A looping header from Abdelatif Bahdari- by then already given license to play as a forward- delivered a 2-1 win at the death.

Group Stage is a war of attrition

Palestine don't need to win with style. They just need to win. The schedule makers handed them no favors. They've packed in two games in two days, before any other side in the other groups had even kicked a ball.

Despite the difficult circumstances, Palestine are still top of Group A and the manner in which they delivered a win vs. Laos should be commended.

Palestine is not a team known for staging epic comebacks- only two in 150 official games at senior level (vs. Myanmar & Chinese Taipei). This Olympic team has delivered two in two years- following up on a 3-2 win over Jordan that granted them passage to the AFC U23 Championship Finals in January.

Teams aren't awarded points for style at a tournament. It's important to get results.

The path to knockout stage won't get any easier. After playing their last games in front of crowds of 51 and 77 spectators- Al-Fida'i will now face the hosts in front of 25,000 rabid fans.

Palestine will once again have to play two games in two days, locking horns with Indonesia tomorrow (August 15th) before closing out the group stage on Friday, August 17th vs. Hong Kong.

Sandouqa and the U23 squad will need to find the best combination of players in attack.

If they can traverse the group stage, they'll have six days before their first knockout stage match. At that point, the tournament could really open up for them.