Palestine's Asian Games journey comes to an end against. Syria 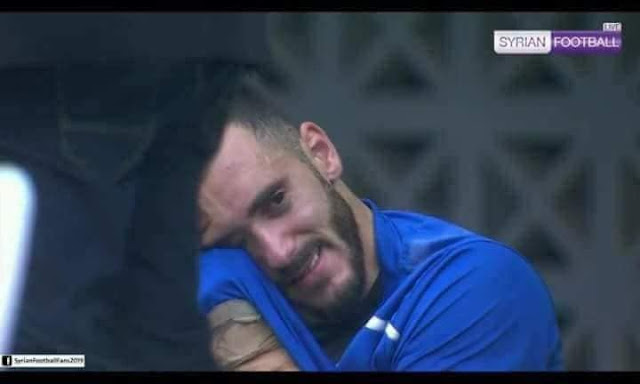 Palestine emerged on the short end of the stick following a tight match between two evenly matched Middle Eastern sides.

It will be a match and a tournament forever tainted by the unfortunate injury to Rami Hamadi. The Goalkeeper was one of three overage players in the side and had helped shore up an error prone defence.

Thankfully, his injury- a 3rd degree hyperextension of the thigh- is not serious and will not sideline him for long (2-3 weeks).

Palestine will also be left wondering whether they would have been better served by calling up a pure striker instead of Sameh Maraaba who failed to shine throughout the Asian Games.

In the end, Palestine's youngsters can be proud of their achievement. They advanced from the groups for the second consecutive time and showed a good account of themselves- finishing 11th overall (Palestine's highest ever finish at an Asian Games).

The hope is that the experience can be used as a spring board for several players to take the next step. The true prize for players in the U23/U21 age category are the 2020 Olympics due to be held in Tokyo. In terms of maturity and limiting mistakes- the side did a better job in this match compared to their encounter vs. Qatar in the quarterfinals of the U23 AFC Championship in January.

For players born before 1997, this experience can also be a harbinger of better things. Ramzi Fakhouri will be scapegoated for the goal he conceded but if he can work past his mistakes there's no reason why he cannot improve.

Players like Mohammed Bassim, Yousef Al-Ashhab, and Mahmoud Abu Warda won't be a part of the next Olympic qualifying cycle but should now have the confidence to break into the senior team.

Eleven members of the 20 man squad will be eligible to play in Tokyo in two years' time. That list doesn't include two key players that weren't released by their clubs for the Asian Games- Saado Abdel Salam and Mohammed El-Kayed.

If Palestine can bleed in some additional players to replace those from the 1995/96 age group then a place at the Olympic tournaments could become a very real possibility.