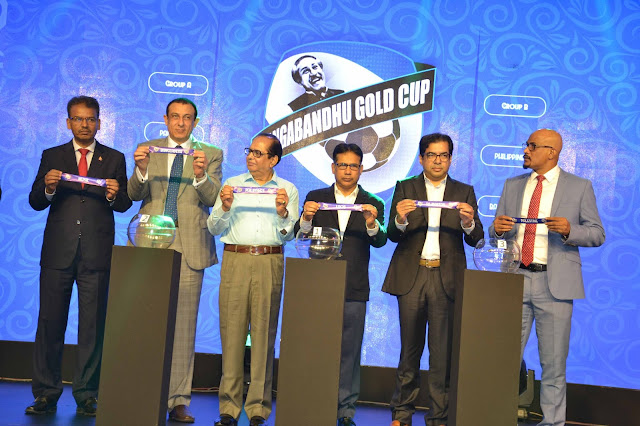 The Bangladesh Football Federation announced earlier this week the groups for the 2018 edition of the Bangabadhu Gold Cup. The competition, which has been held sporadically since 1996, will feature six teams divided into two groups of three.

Palestine will compete alongside hosts Bangladesh, holders Nepal, Tajikistan, Philippines, and Laos. The tournament will run from October 1st to October 12th and feature two groups of three. The draw placed Palestine in Group A alongside Nepal and Tajikistan. FIFA's window for international matches in October runs from the 8th to the 16th meaning Palestine will most likely send a domestic side to contest these games. FIFA also stipulates that no more than two international matches can take place in the same window almost guaranteeing the unofficial nature of this tournament.

Palestine has already announced a friendly against Bahrain in Manama on the 16th of October.