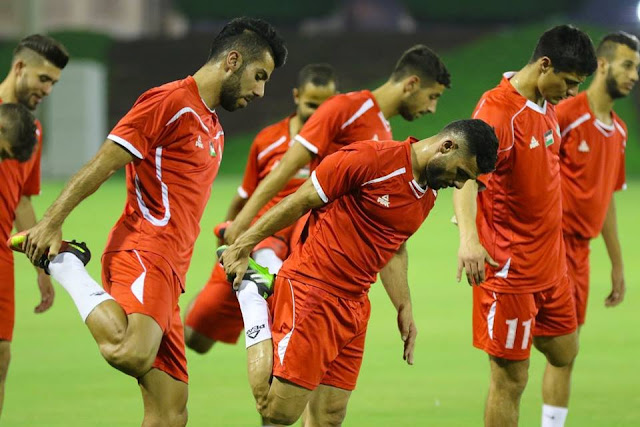 With Russia 2018 in the books, the global attention now shifts to Qatar who are due to host football's biggest showpiece in the winter of 2022. Palestine are one of the first sides to face the hosts in waiting and will look to test their wits against a team that will participate in the 2019 AFC Asian Cup and  the 2019 Copa America next year.

Al-Fida'i will also get the rare opportunity to avail of state of the art training pitches and methodology. The match itself will be held at the the Al-Khalifa- the newly renovated 40,000 seat stadium- will be one of the venues used at Qatar 2022. 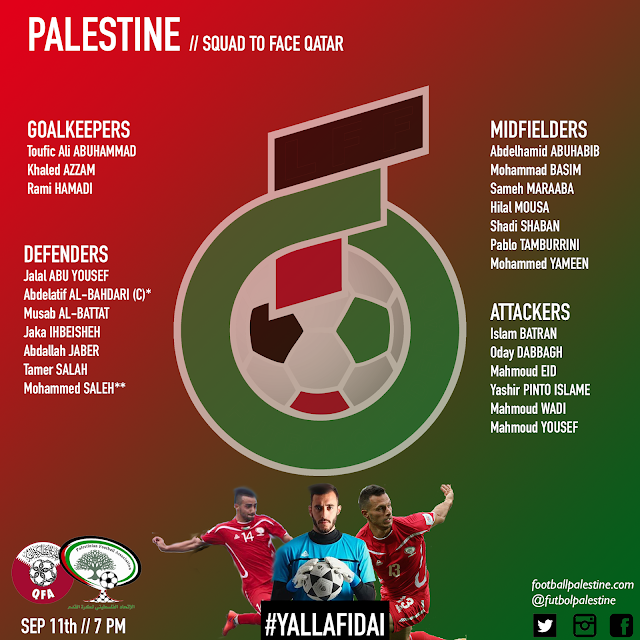 The good news for Palestine is their #1 goalkeeper, Rami Hamadi, has recovered from his Asian Games injury and will be healthy enough to play. That said, Palestine's friendly vs Kyrgyz Republic came with a heavy cost as Mohammed Saleh had to be substituted in the second half following a nasty collision.

Saleh's injury, combined with the absence of Haitham Dheeb will be a headache of massive proportions for Noureddine Ould Ali. Abdelatif Bahdari's ejection from the last friendly means Palestine will be forced to field their fourth choice CB (Tamer Salah) and most likely hand a debut to Jalal Abu Yousef.

Further up the pitch, Palestine have significant options and could chose to rotate with Mahmoud Eid, Hilal Mousa and Mahmoud Wadi could be in line to start.

The future is now for Qatar

Since crashing out of 2018 FIFA World Cup qualifying, Qatar's focus has shifted to younger players in an attempt to prepare for the forthcoming World Cup that they will host. Palestine met Qatar in the quarterfinals of the AFC U23 Championship earlier this year. A whopping 12/25 players that were called up for this month's friendlies were a part of that squad.

Almoez Ali- who scored a brace in Qatar's 3-2 win over the young Fida'i earlier this year- scored in Qatar's 1-0 friendly win over China last week. He'll be looking to fill the boots of Sebastian Soría, Qatar's all time leading scorer is on the wrong side of 30 and is unlikely to appear for the national team again.

Noureddine Ould Ali has quietly rounded out his staff with recently retired Fahed Attal joining the ranks. Like many of the moves done by the PFA (such as this month's squad)- Attal's presence was not formally announced but he can be seen in the picture above- lurking between Hilal Musa and Shadi Shaban.

Attal bring a wealth of international experience to the fore. He is Palestine's all time leading scorer (14 goals) and most capped striker (39 international appearances).