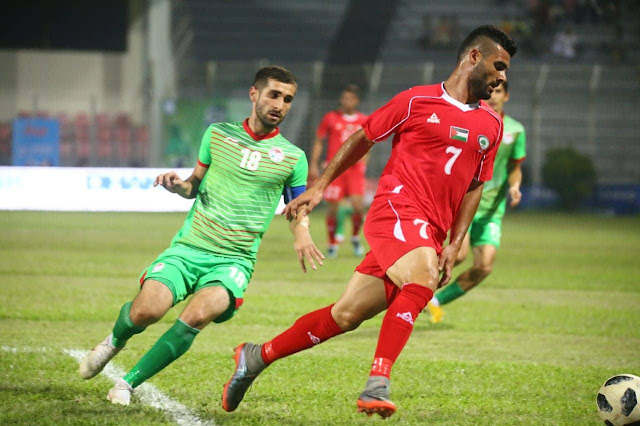 For long time followers of the site there was a four year period where Palestine seemed inextricably linked with Nepal. The national team played 10 games there as the AFC repeatedly chose the Himalayan nation as a host nation for the 2010 and 2014 qualifying phase of the Challenge Cup and the host of the 2012 tournament proper.

Playing in Nepal presented the national team with the challenge of playing at altitude, on a bumpy pitch, and in front of a hostile crowd. The conditions allowed Nepal to draw Jordan 1-1 on home soil during their historic 2014 World Cup qualifying run. More recently, they held 2019 AFC Asian Cup finalists Yemen and Philippines to scoreless draws on home soil during qualifying.

That said, outside of the friendly confines of Kathmandu, Nepal are one of the weaker sides in Asia and a Palestine win should be all but a formality.

That said,  given the heat and humidity in Sylhet, Palestine are likely to play at a slower pace in a concerted effort to save energy for a third, and possibly fourth game in this friendly tournament.

A win or draw guarantees a semifinal meeting with Bangladesh on Tuesday. A loss would most likely mean Palestine would face Philippines a day later.