Palestine's men's and women's team now know of the path that will lead them to the 2020 Olympics in Tokyo.

In early August, Palestine was designated as a host for the Women's Olympic qualification tournament. A draw later that month landed Palestine along rivals Jordan and two East Asian sides- Indonesia and Maldives.

Palestine's women's team are one of 25 teams taking part in qualifications. 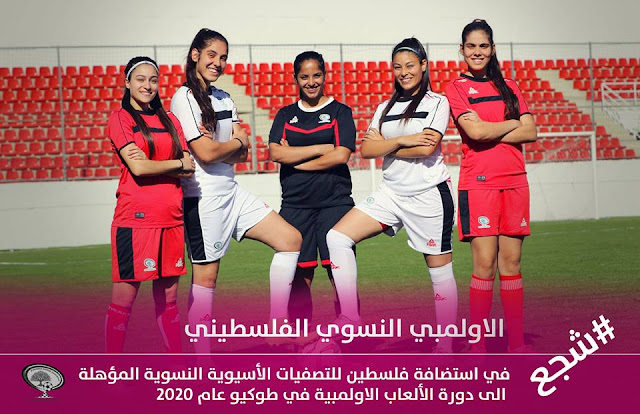 Palestine's women's team will play their first qualifier this week facing Indonesia on Thursday, Jordan and Sunday, before wrapping up proceedings on Tuesday against Maldives. Palestine will need to win their group or finish as one of the two best runners up in order to go on to a second round involving 12 teams.

Palestine's big hope rests on the promising generation of 1997-98 who impressed this past year at the U23 Championships in China and the Asian Games in Indonesia.

Several key players have been phased out due to age eligibility. Yousef Al-Ashhab, Mohammed Basim, and Mahmoud Abu Warda as well as the goalkeeping contingent are no longer part of the side but a whole host of players remain eligible for this edition.

Several new Palestinians Abroad joined the ranks in September- helping Palestine beat Qatar 1-0 in a friendly. Most of them are plying their trade in German third and fourth divisions they include Mohammed El-Ahmar, Ali Abu Alfa, Yousef Sakran, and Daoud Iraqi. While two are currently playing Swedish leagues were Anis Faour (Torns IF) and  Mohamed Fadil-Yousef.

Palestine's stellar performance in China this past year meant they went into this morning's draw as a seeded team. That said, they could still have been allocated a difficult group with most of the weaker teams in the East Zone.

The young Fida'i landed in the only group hosted by a team that has never qualified for the finals of the U23 Championships since its inception five years ago.  They were handed another break with the inclusion of Bangladesh and Sri Lanka- two teams who have never won an Olympic qualifier in the new format.

Palestine will contest their three games next year between March 22nd and 26th. Should they qualify either as a group winner or one of the best runners up- they will advance to the finals in January 2020 in Thailand.