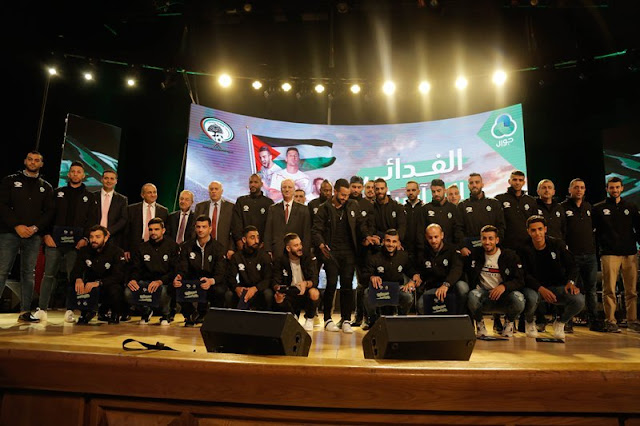 The national team was given its official send off earlier this week by the PFA with the players receiving recognition for their accomplishments over the past qualifying cycle.

With just a single weekend of WBPL action left to play and a mere 40 days until Palestine's Asian Cup opener- preparations now are truly entering the final stages.

After a credible 1-1 draw against China, Noureddine Ould Ali's men will face a number of other Asian Cup finalists in the lead up to the showpiece events.

The venue for those games will be Doha, Qatar with a preliminary camp expected to be held in Morocco.

All national team managers have until December 1st to submit a preliminary squad list of no more than 50 players. The squad will be whittled down to 23, with names drawn exclusively from the preliminary list; final squad announcements expected in the final week of December.

An additional encounter against an Asian World Cup finalist is also on the cards was also mentioned but not formally announced. Iran who are also camping in Qatar ahead of the Asian Cup are widely rumored to be the opponent.  (Update: That friendly has now been confirmed and will take place on Christmas Eve).

Since You're Here: Ongoing financial support from our readers means I can continue publishing stories, tracking statistics, and making Photoshop artwork. Football Palestine is editorially independent – the journalism is free from commercial bias and not influenced by the FA or any ulterior motives.