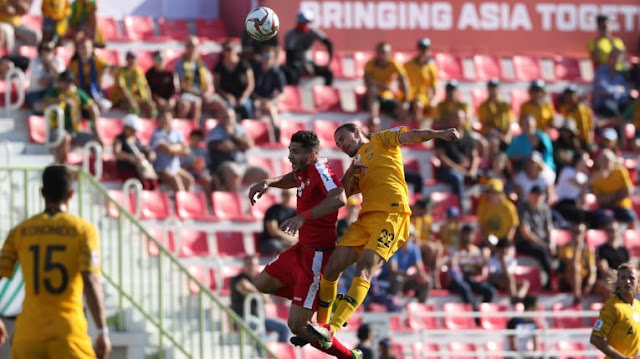 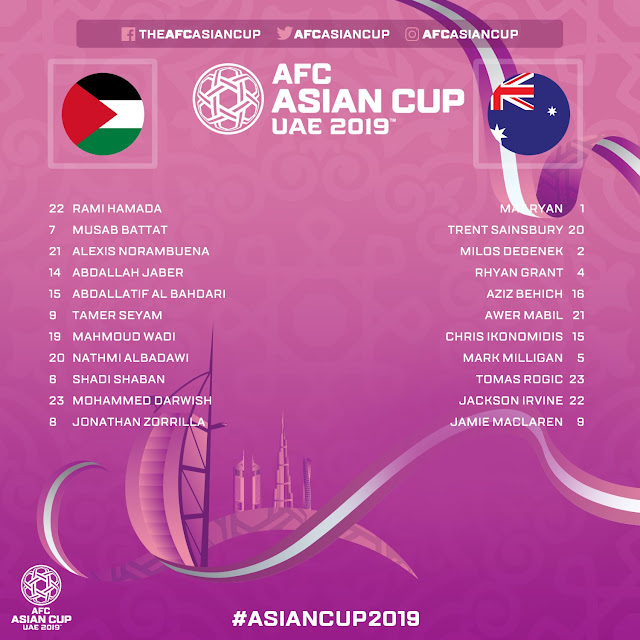 Recap: In a result many expected; Palestine succumb to a superior opponent with better coaching, preparation and experience. It was always going to be tough for Palestine and once the Jamie McLaren headed home in the 18th minute there was always a sense of impending doom.

Up until that point, Palestine had a pair of chances that fell to Mahmoud Wadi and then threatened again from a set piece that found the head of Abdelatif Bahdari.

Disaster struck on a sunny day in Dubai from a situational play that you would have expected to cause problems. Jamie McLaren cut between the two centre backs to head home an excellent cross from Tomi Rogic. Two minutes later another miscommunication resulted in Awer Mabil sneaking into the space between makeshift centreback Musab Al-Battat and Abdallah Jaber.

It was two minutes of utter madness that more or less sealed the fate of the game. Australia where then given the opportunity to play around a deep lying 4-2-3-1 and found a third goal after Palestine had been reduced to 10 men with Shadi Shaban receiving treatment on the sidelines.

What I liked: THE FANS. What a fantastic performance from them as they filled up the stadium and created a great atmosphere.

What I didn't like: The makeshift backline did not work but there are questions to be asked as to the players included in the squad. Why take four centrebacks if your alternate option is to play a right back out of position?

Also the decision to take Khaled Salem has officially burned Nouredine Ould Ali. He came on with fifteen minutes to play and didn't even touch the ball. The moment something went wrong he started to complain as if he didn't realize he needed to run and chase after the ball.

In the post match press conference, Ould Ali stated "I took Albadawi off because he tired out from all the running he had to do, Rashid came on to shore up the midfield in order to enable us to make another attacking substitution which failed."

The choice to play Alexis Norambuena over Jaka Ihbeisheh is also puzzling- especially given the fact that he was a liability as a substitute against Syria and did not exactly cover himself in glory in his first Asian Cup start today.

What's the Plan? Sooner or later Palestine will have to find a way to score and in order to do that they will have to be given license to attack. Palestine have the weapons to hurt teams even if several talented players are sitting at home at the moment. They will have to be brave and take the game to a Jordanian team that has sealed first place with today's result.

Qualifying scenarios: Palestine cannot win the group after their loss today. They are still in the running for second and third place.

Palestine will finish second if they win against Jordan by a three goal margin and and Syria beat Australia by a single goal.

What's Next: Palestine play their rivals Jordan at 5:30 PM in Al-Jazira Stadium in Abu Dhabi