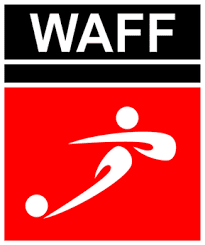 The West Asian Football Federation Championship used to give a guaranteed slate of games to the teams from the region on a biannual basis. The competition founded in 2000 and was played every two years, without fail- with the exception of the 2006 edition which was pushed back a year due to coinciding with 2007 Asian Cup qualifying.

The last edition, played in Qatar featured nine teams, but was blighted by the withdrawal of the holders- Syria and Yemen for political reasons. Iran- who had dominated the competition left the confederation to

The 2016 edition never got off the ground mostly because a slew of teams (Qatar, Iraq, Syria, UAE, Saudi Arabia) were still participating in World Cup qualification. It seemed that the tournament would take place at the end of qualification (December 2017) in Jordan but the decision was taken to delay it until May 2018 before it was pushed back again to November 2018.

The delays again came as a result of many nations being drawn together at the 2019 AFC Asian Cup finals. So after a three year delay and nearly six years since the last edition had been played we finally have dates and a venue for the tournament.

Iraq, who have made significant investments in football infrastructure, will host the tournament in two northern cities- Erbil and Karbala. The tournament is slated to kickoff on August 2nd and will end on August 14th.

The holders of the 2014 edition- Qatar- have declined to participate.

No word on the format, but it seems that three groups of three teams will be utilized again before a semifinal and final.