Renewal needed ahead of new cycle 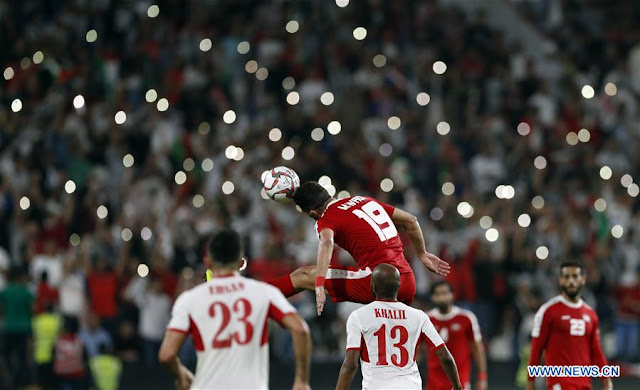 Palestine's first match since crashing out of the 2019 AFC Asian Cup is a mere ten days away and it should mark a period of renewal.

While renewal tends to be signified by a change at the top the sense of an impending coaching change has yet to come to pass. Unfortunately, the PFA has failed to find- or even look for- a suitable replacement and as such Noureddine Ould Ali will continue for the foreseeable future.

While it is the opinion of this writer that a change is absolutely necessary- one can only hope for the sake of the national team and football in the country that Ould Ali will learn from his mistakes and change his ways.

There is no point in rehashing the past, mistakes were made but the future of the national team is not beholden to the past.

While fans will be glum following the inability of Palestine to score or register a win in their three Asian Cup games there is still a solid core of players to build around.

Give Youth a Chance

The first thing that must be done is fully turn the page on a generation of players who have either reached the end of their careers or have repeatedly proved to be ineffective.

Furthermore, it is now time to bleed in youngsters who have proven themselves at Olympic level and with their respective club teams.

In goal, Rami Hamadi has proved his worth as the first choice keeper but competition needs to be opened up. That means thanking Toufic Ali for his service, promoting Amr Kaddoura to second choice and getting him some real game time. The mantle of third choice goalkeeper should be given to Omar Nifhawi who has shown flashes of brilliance with the Olympic team earlier this year.

There is also the small matter of finding cover for the injured Mohammed Saleh and the other two center backs in the Asian Cup squad do not provide long term solutions.

Tamer Salah will most likely be used in the short term as cover but the baton has to be passed to the Olympic team duo of Michel Termanini and Saado Abdel Salam. For all their faults, the two have a significant upside and can only improve if and when they're given the chance.

Mus'ab Al-Battat and Abdallah Jaber have locked down their positions at right and left back, respectively. That said, a space should be carved out for Musa Farawi and Yousef Al-Ashhab to become their understudies and eventually push them for a starting position.

The national team's selection process needs to be more ruthless. Too many players got a pass despite not being 100% ahead of the 2019 AFC Asian Cup. Alexis Norambuena was overweight, Pablo Tamburrini was bullied in the middle of the pitch, and Jonathan Cantillana was simply ineffective.

It's no surprise that those three players are without a club and as a result should be nowhere near the national team.

Khaled Salem should also be dropped immediately despite being joint top-scorer of the league this year. His appearances at the Asian Cup should confirm what has been known for a long time, he is not cut out for international football.

Those who have not made the most of recent chances should be passed over for those that area currently in form.

There is no shortage of Palestinian players who have been in sensational form- and those are the players who should play. Should they fall out of form then other players should replace them- simple as that. Successful national teams do not reserve spots for a player that was good- they play the players who are in good form right now.