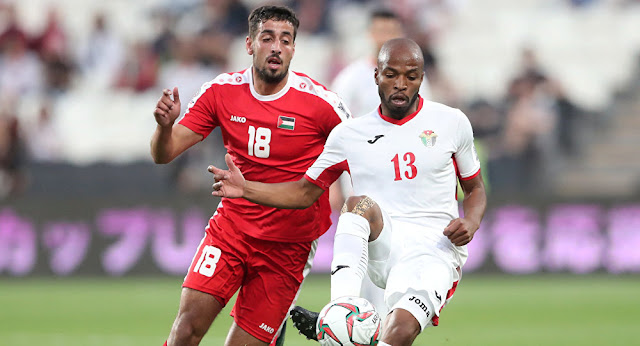 The PFA has waited until the last possible moment but the squad that arrived in Bishkek this morning has finally been revealed.

Manager Noureddine Ould Ali has said that the doors are open to a new crop of players to prove themselves with the national team but has elected to leave out several players who are coming off the backs of impressive seasons with their clubs.

As was the case at the Asian Cup earlier this year, there is no room for Mahmoud Eid, Ahmed Awad, and Saleh Chihadeh.

Several veterans of the Asian Cup have also been left out. Goalkeeper Amr Kaddoura has been dropped. Captain Abdelatif Bahdari has retired and several players on the wrong side of 30 are no longer in the squad including Jaka Ihbeisheh, Alexis Norambuena, Daniel Kabir Mustafá, and Tamer Salah.

Following less than impressive outings at the Asian Cup finals- Khaled Salem, Jonathan Cantillana, and Pablo Tamburrini have all been dropped.

Nazmi Albadawi- who recently transferred form FC Cincinnati to North Carolina FC has also been left out of the squad.

Hilal Al-Quds centreback Mohammed Abu Mayala received his first ever call up to the national team. Also receiving his maiden call was Haitham Khairallah who plies his trade in Palestine's second division.