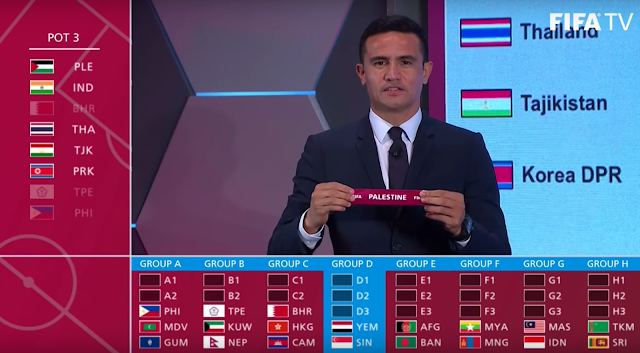 Palestine learned its fate in a matter of minutes as Tim Cahill wasted no time in drawing teams from their pots into their respective groups.

Palestine were the third team to be placed in Group D joining Yemen and Singapore. After their group had been determined, Uzbekistan were drawn- after the prospect of facing Iraq had been eliminated.

Saudi Arabia were the final team drawn into the group. Palestine will be relieved to have avoided the likes of Iran and Australia who were out of the pot before Group D came up. Saudi Arabia was the team eventually placed along side Al-Fida'i who would have surely wanted UAE from all the teams that remained on the board.

The group throws up some interesting questions. Will Saudi Arabia travel to Palestine? What about Yemen? Will Yemen be strong armed by Saudi Arabia into moving their base camp from Qatar to the Kingdom?

There has been no official word as of yet and it seems that once again the AFC has elected to kick the can. If recent precedent is anything to go by Palestine will host Singapore and Uzbekistan with no issue but will play both matches against Saudi Arabia on neutral grounds. The same scenario could play out for Yemen as well.

Group winners along with the four best runner ups will advance to Round 3 after each team has played eight matches are played across ten match days between September 5th, 2019 and June 9th, 2020.

Palestine will open qualifying by playing host to Uzbekistan on September 5th.

Palestine's qualifying schedule is as follows


Here's how the rest of the groups were drawn. 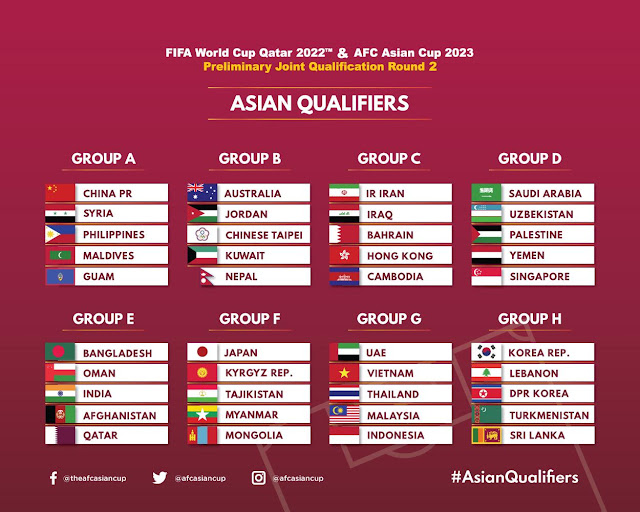 You can watch the draw again, HERE: