Matias Jadue out for the rest of the season 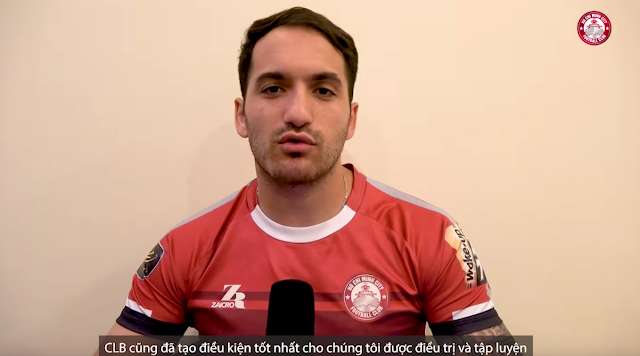 The Santiago-born striker was a midseason signing last season scoring an incredible nine goals in six games and helping HCMC avoid relegation. Despite playing only a fraction of the 26 game season, Jadue's nine goals from open play were only eclipsed by six other players in the league.

An injury cost Jadue the tail end of the 2018 season and a shot at playing at the 2019 AFC Asian Cup.

After a stop-start 2019 season that featured a goal and four assists over eight games the club and player have decided to shut things down for the remainder of the season.

Jadue and the club put out a video explaining the situation and why he has been plagued by a series of injuries as of late. It seems that an unconscious favoring of one side of his body has led to stress and chronic injury- a condition that affected former Dutch striker Ruud Gullit in the 1990s.

The move allows Ho Chi Minh the ability to unregister the player and bring in an additional foreign player during the transfer window.

Ho Chi Minh City have had a reversal of fortunes this season and are engaged in a title race with Hanoi- but without Jaudue's goals the side has had to rely on a defence that has conceded only 11 goals through 14 games.