Will Saudi Arabia play in Palestine? 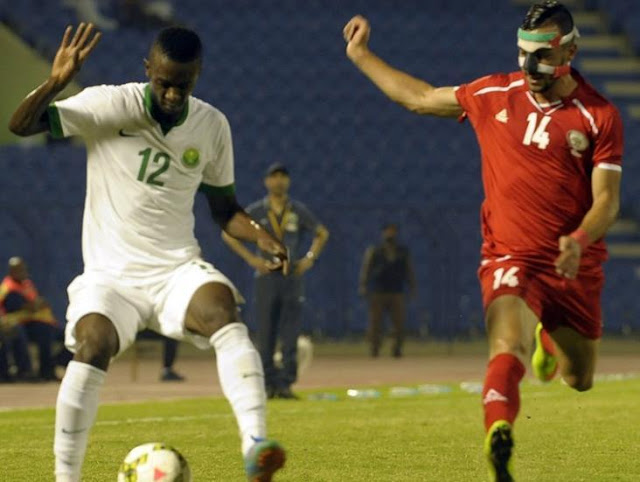 Since the dust settled on the 2022 FIFA World Cup qualifying draw there has been one question for fans of the Palestine national team.

Will Saudi Arabia play in Palestine?

Four years ago Saudi Arabia was due to play in Palestine on match day one of Round 2 of World Cup qualifying. At the eleventh hour, they requested to swap home and away dates with Palestine which the PFA naïvely accepted. Palestine narrowly lost the first match under somewhat controversial circumstances as the referee arbitrarily added time onto the stated extra time- allowing Saudi Arabia to prevail with the last kick of the game.

When it came time for Saudi Arabia to play in Palestine. Objections started to creep up, a fake memo was circulated, the match was delayed, talks were had, and the match was due to take place in Palestine, and then at the eleventh hour- again- it was moved to Amman.

That match ended in a scoreless draw but the feeling of many is that it would have been quite different had the match taken place in Palestine.

Now Al-Fida'i have a chance to settle the score and the latest comments form PFA President Jibril Rajoub.

"We are insistent and will not let go of our right to play on home soil. I believe our Saudi brothers reviewed their stance and I think there is a readiness- after they took into account all the factors that led to their previous decision- and I am sure they will come to Palestine."

There have been no statements from the Saudi Football Federation in regards to the matter. The Asian Football Confederation has also neglected to address the matter. Unlike their European counterparts, UEFA, the AFC did not take the necessary measures to keep Palestine away from nations that have declined to travel there during the draw. This despite the fact that there was a 46% chance Palestine would have been drawn alongside a nation that has stated its intent not to play in the country.

Palestine are due to host Saudi Arabia on October 15th with the second match slated for June 4th, 2020.