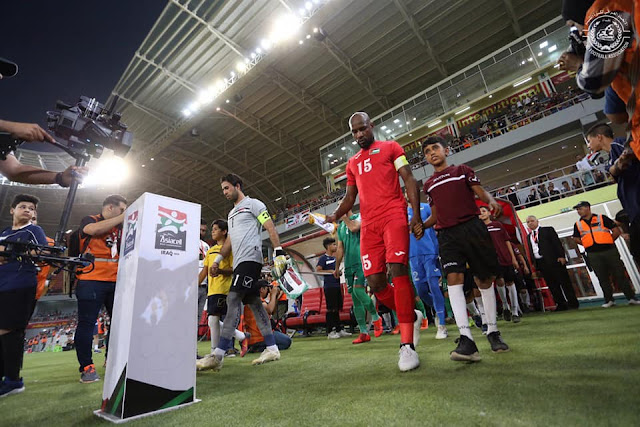 Second Place on the line

Iraq was always going to be favorites to win Group A. The Lions of Mesopotamia have won the title once, been finalists twice, and have reached the semifinals and additional three times in seven participations. Their only failure to get out of group play came in the last edition when all three teams in played out goalless draws and the organizers had to resort to the drawing of lots to pick a group winner.

With Iran's departure from the sub-confederation, Iraq are now top of the all-time table and have seen off the two most viable threats in the group meaning another trip to the WAFF final is highly probable.

The two vanquished teams will now face off on Monday with not much more than pride on the line. That is, unless Iraq slips up in their remaining games against Syria and Yemen.

Both teams will be kicking themselves over missed chances- Lebanon were the better team in their first half against Iraq but failed to punish the Iraqi defence when they broke on the counter.

Three days later, the same profligacy in front of goal haunted the Lebanese for the first 81 minutes of a sloppy encounter against Syria. Only for a pair of impact substitutes to make their presence felt. Nader Matar blasted home from outside the box to equalize and ten minutes later Hassan Chaito was left in a square kilometer of space after being played onside by a sleepwalking Syrian defender. Chaito made no mistake- and Lebanon had their first win under new manager Liviu Ciobotariu.

For their part, Palestine were on the wrong end of a comeback victory hours earlier. A game that was one of Palestine's best chances to beat Iraq for the first time in 16 tries became another chapter in a frustrating story.

There were some positives in the loss but the coaching staff has to think long and hard about how Iraq scored (a penalty kick and corner kick) and try and correct preventable mistakes.

With Iraq on a bye until the next round of matches on Thursday the winner of this match could go top of the group and put pressure on the hosts.

Rotations are a must

If there is one thing to be learned from the loss against Iraq it is that some players are just not cut out for this level. Rami Musalmeh's attempt to dribble defenders in his own box is unforgrivable and he needs to be glued to the bench for the rest of the tournament. His place as a substitute can and should go to another player who has yet to play.

With the arrival of Ahmed Bahdari there are additional options in defence and with only 14 players have participated in the tournament thus far it might be worth giving some other players a chance to show what they can offer.

The coaching staff also must consider that Ciobotariu has done a better job at rotating his squad. There were four changes to the starting lineup between Lebanon's first and second games and by my count 17 different players have participated in the two games. For Palestine's part there was only one change between their first to games- and only 14 players have taken part thus far.

Palestine were always expected to beat Yemen and lose to Iraq. The real test for these players is if they can get one over their Levantine neighbors. Syria seems in crisis and ripe for the taking but Lebanon has been quietly competent in their approach and despite having made a coaching change recently, look comfortable with his tactical philosophy.

Both teams will rue that there isn't a single capable striker in their ranks as this could be a game that is decided by the finest of margins.

In the larger scheme of things, a WAFF Championship trophy means little- so in that respect the loss against Iraq isn't a big deal but with World Cup qualifying a month away Palestine must continue to put the pieces together to be prepared to face Uzbekistan.