As mentioned before, Uzbekistan alongside Iraq were the toughest opponent Palestine could draw from Pot 2. As the Pot 3 team, Palestine will be under pressure to get their campaign to the best possible start and finding a way to beat- or even draw- the Uzbeks would boost Palestine's chances of advancing to Round 3 of Asian qualifiers.

Palestine are up against a limited but pretty grim history against the Central Asian side having lost all three matches and failing to score a single goal in the process.

Some of the younger members of the squad might be boosted by the fact that they beat Uzbekistan in a friendly in August 2018. Oday Dabbagh scored the winning goal in a 2-1 triumph that saw Mohammed Rashid, Mahmoud Abu Warda, Ahmed Qatamish and Musa Farawi all participate

For both sides there is a decent amount of chatter surrounding notable exclusions from the squads. Ould Ali has chosen not to call Yashir Islame and a slew of other Palestinians plying their trade abroad.

Uzbekistan are also missing some notable names. Sardor Rashidov has been excluded in spite of his pedigree having had a respectable season last year with Portuguese side CD Nacional. Veteran fullback Vitaly Denisov of Rubin Kazan has also missed out on the squad.

There is also no room for Otabek Shukurov and Javoxir Sidiqov who started alongside Odil Ahmedov in midfield in Uzbekistan's last competitive encounter.

Noureddine Ould Ali has his fair share of detractors due to his negative approach and the same could be said of Hector Cúper. While Uzbek fans and the press are still backing him his approach can be burdensome to watch and once the results dry up then fans are left with unattractive- and ineffective- football.

That said, given how poorly Egypt has performed since he vacated the post, Cúper's reputation has arguably improved since he took the reins last September. Indeed, an getting to the final of the AFCON in 2017 and guiding Egypt to the final of the World Cup rejuvenated a career that had reached its peak 15 years ago.

For all his recent success, Cúper's teams all retain the same flaw; they are too passive in their approach and can sometimes invite too much pressure on themselves. Uzbekistan's stature in Asia means they can implement this approach to some success- teams will err in possession, and the Uzbek midfield knows how to pounce on mistakes and counter. Chances will most likely come from the long range passing of midfield maestro Odil Ahmedov and the clever runs of Eldor Shomurodov.

Cúper has already tried to temper expectations by citing the artificial pitch and a lack of time to work with the players. The wily Argentine has not been one to go for the jugular while playing weaker opponents in qualifying and that resulted in some pretty embarrassing performances while with Egypt. Chad and Uganda both managed 1-0 wins against Cúper's Egypt en route to eventual World Cup qualification.

Cúper's Uzbekistan will be sure to cut out any space in the middle of the pitch meaning there is likely to be little space for Nazmi Albadawi to operate in. That said, a lack of space in the middle means there will be an abundance of it out on the wings, an area where Palestine's attacks tend to originate from.

With Uzbekistan likely to sit deep- Palestine can effectively overwhelm the opposition fullbacks by bringing Abdallah Jaber and Mus'ab Al-Battat high up the pitch to combine with the wingers. This would prevent the defence and midfield from having the time to pick out the runs of the front three and is a tried and tested method for neutralising Cúper's sides.

Cúper's teams tend to alternate between a 4-1-4-1 shape whilst in defence, morphing to a 4-3-3 in attack. The fullbacks Safiyev and Khosimov will not get forwards making them susceptible to overlapping runs by the opposing fullbacks. This the is the approach Palestine should take which would force Uzbekistan's outside midfielders back and eliminate any counterattacking threat. If Shomudorov is effectively marked, Uzbekistan will have difficulty creating any chances from open play.

The tactic of pinning the outside midfielders in their own half was put to practice by Russia during the 2018 World Cup and a year earlier during 2019 AFCON qualifying by Tunisia whilst Cúper was in charge of Egypt. 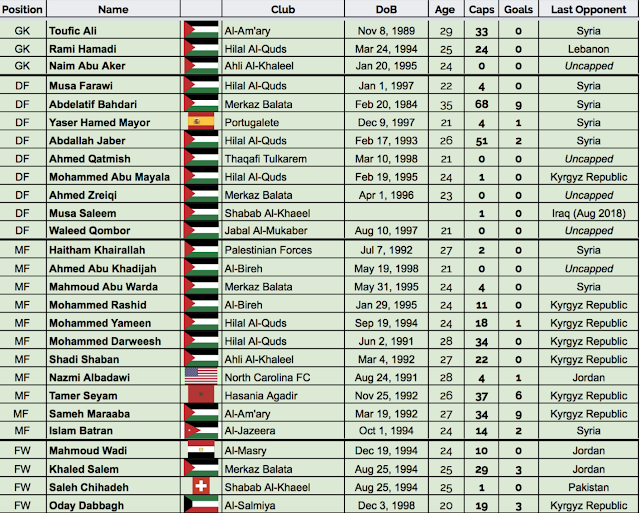 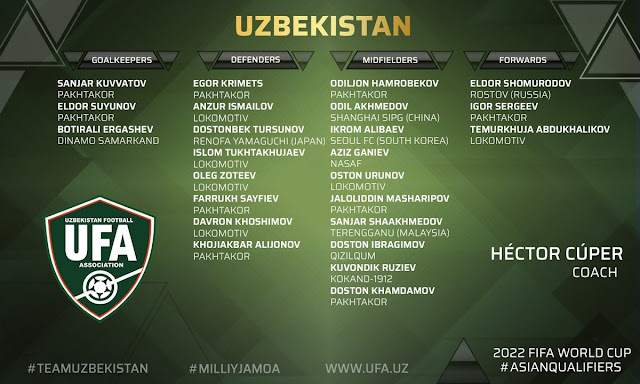 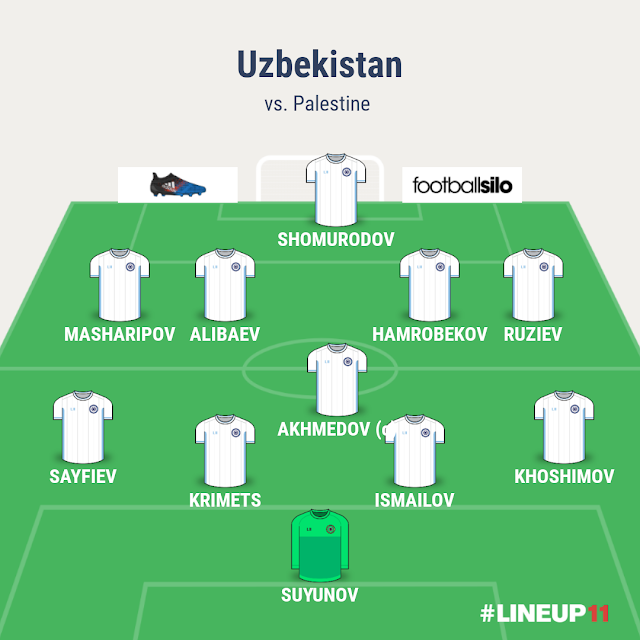 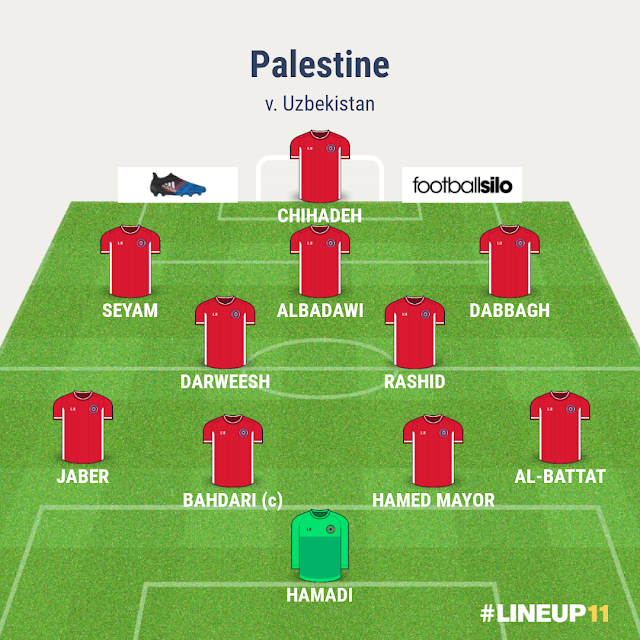