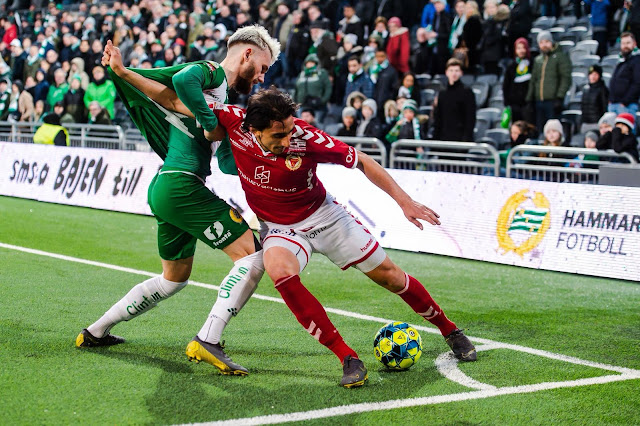 Mahmoud Eid, who worked his way up the Swedish football pyramid will leave Kalmar FF at the end of the season in pursuit of new opportunities outside the country.

A product of the Hammarby system- Eid started his professional career in the Third Tier of Swedish football spending four years with Hammarby's youth team, Vasalund, and Nykopping- where he scored 21 times and notched 18 assists in 50 games.

That scintillating form led a move to the Superettan with one of the big names of Swedish football- Atvidabergs. Halfway through his maiden season in the second tier, Eid was top scorer of the division and on deadline day 2016, he was brought by Kalmar FF.

He marked his Allsvenskan debut by scoring on his debut less than a week after signing for the club en route to a 3.5 year stint in the top flight with Kalmar.

A Palestine international since 2015, Eid recently represented his country 18 times including appearances at the 2015 AFC Asian Cup and 2018 and 2022 FIFA World Cup qualification. The winger is part of a golden generation that has helped Palestine break and maintain a place in the Top 100 of the FIFA Rankings.