This season has witnessed a revolt against technology assisted decisions in leagues where VAR is present. For most competitions in Asia, VAR and goal line technology have never been implemented and the prohibitive cost is sure to keep them out of the game for some time to come.

To make matters worse the continent has become infamous for its poor referees and last night, Palestine's U19 team was on the receiving end of most of them.

Seconds into the game, Palestine scored a spectacular goal through Khaled Al-Nabrisi. Inexplicably, the goal was not counted and Iraq's goalkeeper scurried to pick up the ball and continue play.


Iraq opened the scoring and Palestine hit right back and the two sides went into the dressing rooms locked at 1-1.

The second half saw Iraq desperate to score. A draw would have kept Palestine in control of their own destiny while Iraq would be completely dependent on other results on the final match day in order to advance to the U19 AFC Championship next year.

Iraq went ahead with a goal that was influenced by a player who was clearly offsides as the screen shots below show. 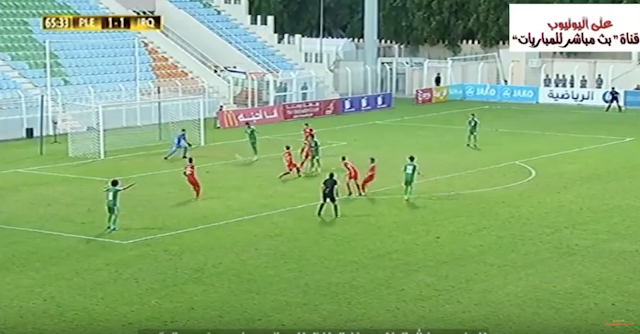 Things would go from bad to worse for Al-Fida'i in the 70th minute Palestine were close to equalising only for Iraq's keeper Ahmed Shaker to deny Khaled Al-Nabrisi. There was no offsides and the goalkeeper clearly deflected the ball out for a corner.

Unfortunately, a goal kick was given and Iraq scored their third goal less than a minute later. 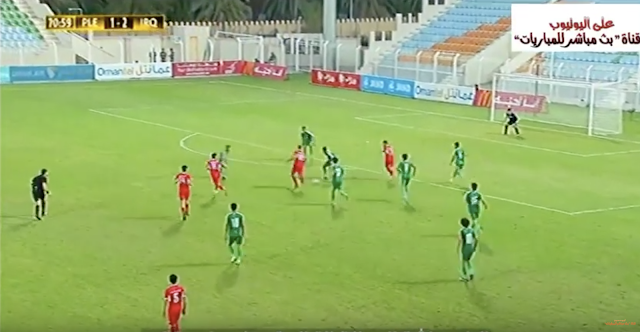 In order to advance to the finals in Uzbekistan next year, Palestine must beat Kuwait by four goals in order to overhaul Cambodia- who have a +3 goal differential- in the best runners-up standing.

As Pakistan is guaranteed to finish last in the five team group, Palestine's 5-1 win will be chalked off in order to account for some groups only have four teams.

Palestine could also advance by beating Kuwait by a narrower margin- provided that Oman beat or draw Iraq. That scenario would see Palestine top the group on 9 points.

The final matches are slated for Saturday, November 30th.