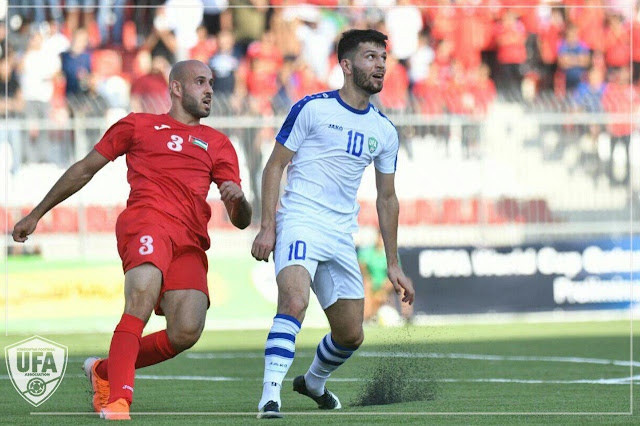 For both Uzbekistan and Palestine this match represent the last embers of hope on the road to Qatar 2022. A loss for either side would represent something of a killer blow. For Palestine they will be left ruing another dire performance away from home. One in which they deliberately chose to forego playing the ball on the ground in a misguided attempt to bully a weaker opponent.

For their part, Uzbekistan have also lost two matches. For 85 minutes on Thursday all seemed well, they were nursing a 2-1 lead and outplaying the Saudis but five minutes of madness saw them lose a lead and their grip atop the group.

If either side drops points, their chances at qualification will suffer a massive drop. Palestine simply must win their remaining four matches, while Uzbekistan will need to collect maximum points before they face Saudi Arabia again on the last match day.

One of the many criticism that can be levied against Noureddine Ould Ali is his near outright refusal to rotate players. Persisting with same Starting XI against Singapore in September after a 2-0 win over Uzbekistan was one of the reasons Palestine lost. After an arduous journey many players were simply too tired to preform to their maximum capabilities in the 2-1 loss.

Now Palestine face Uzbekistan after playing with 10 men for 55 minutes against Yemen.

While certain names will no doubt be etched into the starting XI (Yaser Hamed and Abdelatif Bahdari alongside Abdallah Jaber, Nazmi Albadawi and Mohammed Darweesh) chances should be given to other players. Musa Firawi had proved himself to be a capable deputy to Musab Al-Battat during the 2019 WAFF Championship and should be given a chance.

There should be no shortage of changes to the midfield as well. Mohammed Rashid, Tamer Seyam, and Oday Dabbagh (injury permitting) should all be in line to start this match.

At either end of the pitch, the coaching staff must be bold. Now is the time to figure out what you have in Amr Kaddoura who has been one of the best goalkeepers in all of Sweden during 2019. In attack, there cannot be a repeat of other away performances- Mahmoud Wadi has to be utilised in a more effective way (perhaps as a super sub) and there has to be a way to get Saleh Chihadeh to score given his penchant for creating danger in the opponent's box.

Alternatively, there is an attractive third option in the form of Yashir Islame who has plenty of experience and goals (7) to his name.

For all their talent, Uzbekistan has found it hard to put together a solid 90 minutes under Vadim Abramov. This is of course, normal given the fact that the new administration only took control of the national team in October.

Two competitive win, a friendly win, and a loss is a decent return of results after a disastrous start to qualifying. That said, throwing away a 2-1 lead against Saudi Arabia with five minutes to go will leave this team in a fragile mental state.

Save for Yemen, every opponent that has faced them has been able to score at least once so Palestine should have their chances.

What's more interesting, is how Abramov has sought to solve his defensive crisis. Against Saudi Arabia he deployed Odil Akhmedov as a centre back which robbed his team of creativity in the midfield.

Whether or not Abramov persists with this strategy against Palestine will be one of the storylines of the game.

In the first ten minutes against Yemen and Singapore it was painfully evident that Palestine was short on ideas of how to keep posession, build up play, and take the game to the opponent. This is not a surprise for anyone who has been around this team for the past 18 months. Several players told me that the team did not train for attacking passages of play in the lead up to the Asian Cup.

It also is painfully clear that the only set piece play this team has is to try and find Abdelatif Bahdari at the far post. Given the poor quality of several set piece plays-many did not even clear the first man- it seems that set piece training was not something that was given particular focus.

Nazmi Albadawi's integration in this side has been a boon for the attack (Palestine's goals in qualifying have been a direct result of his involvement) but not enough to cover up Ould Ali's shortcomings.

Palestine two strongest qualities under Ould Ali are their fitness and their defensive solidity. Saudi Arabia and Uzbekistan were neutralised in September and October. When chances fell to Palestine, they managed to convert against the former but not the latter.

Packing your half with bodies and hoping to hit a team on the counter is the simplest tactic to implement- especially if your team can be relied on for discipline. Palestine have mastered this tactic and the results bear witness to that. Unfortunately for all involved, they have not been trained to do anything other than defend.

If the match falls into that type of rhythm then Palestine might nick a result.

What Palestine's mental state will be like is the big question mark. Things are not over yet and the players will need to believe that all is still possible. Qualification scenarios are quite simple- win all your remaining games and qualification is a near certainty.