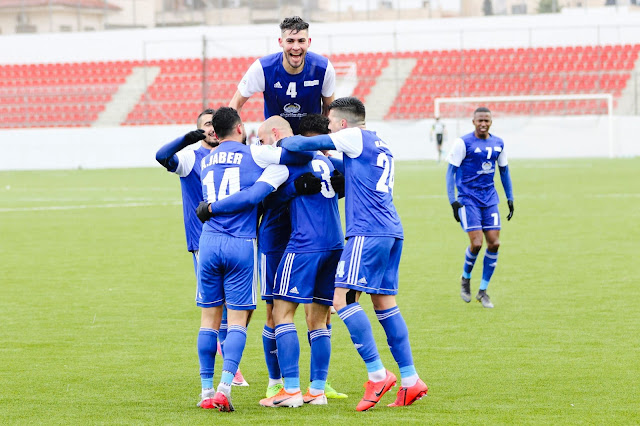 It was a slow and an often boring affair, but the three time WBPL champions got the job done at home against Omani opposition for the second year in a row.

Mahmoud Awesat scored the opener after just 12 minutes after a Rami Hamadi clearance hit a Sur defender into the path of Faik Mahameed. The newly signed striker slotted an instinctive pass to Awesat who scored for the first time since resigning for the club during the winter break.

The Qaboos Cup champions looked tired, ragged and bereft of ideas for the entirety of the first half and were thankful to head into the dressing rooms down only 1-0.

For their part, Hilal were not spectacular nor explosive with their captain Mohammed Darweesh sidelined due to injury it fell to Mohammed Rashid to marshal the center of the pitch on his own. The former Al-Bireh player did an admirable job and was duly rewarded for his efforts with a goal in the 66th minute. His shot was a blade cutter that never left the ground but was so well placed that there was little Sur's Fuad Al-Ghaithi could do about it. The portly goalkeeper's frustrations summed up Sur in microcosm- as a team out of its depth, out of shape, and out of ideas.

Sur SC qualified for the tournament by winning Oman's Cup competition last year in the midst of a horrendous season that saw them finish 13th out of 14 teams. That unexpected victory against Al-Nassr was accompanied with relegation to the second tier and a plane ticket to Jerusalem via Amman to play the Palestinian Champions.

For their part, Hilal Al-Quds look nothing like the side that burst on the AFC Cup scene last year. Their attack this season has been anemic without Oday Dabbagh and the decision to lure Mahmoud Awesat was a clever one.

A whopping seven points back of current leaders Balata; Hilal are almost certainly out of the title race barring a collapse of both Shabab Al-Khaleel and the aforementioned Balata.

The AFC Cup however represents an opportunity for the capital city side to further stake their claim as Palestine's elite club. Moreover it also to gives the club a chance of returning to continental competition on an even more consistent basis in the future.

Palestine and Oman are locked in a battle to improve their league's coefficient ranking. Palestine came close to overhauling Oman in the 2019-2021 coefficient but narrowly missed out. Results like today's wins will help close the gap and could result in Palestine's AFC Cup allotment increasing from